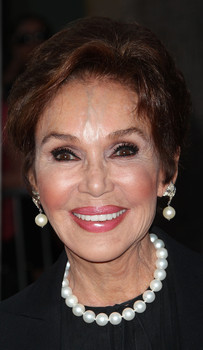 After serving her reign as Miss America 1959, Mobley embarked on a career in both film and television. She made her first five television appearances on Burke’s Law from 1963-1965. She made two guest appearances on Perry Mason in 1964 and 1966. In the first episode she played title character and defendant Dianne Adler in “The Case of the Blonde Bonanza.” In the latter episode she played murderer and title character Sharon Carmody in “The Case of the Misguided Model.” Between 1969-1973 she made five appearances on Love, American Style, and eight appearances on Fantasy Island from 1978-1984. She had a recurring role as Maggie McKinney Drummond on Diff’rent Strokes in the final season of the series, having taken over the role from Dixie Carter. (She would later guest star as Karen Delaporte, a snide head of a historical society who crossed swords with Dixie’s character, Julia Sugarbaker, in Ms. Carter’s later series, Designing Women)

She also made appearances on Match Game ’76 as one of the celebrity panelists. She ended her television career in 1994 with an appearance on Hardball. She was Awarded the Golden Globe Award for New Star of the Year- Actress in 1965. She has been active in many charitable causes and was awarded the Outstanding Young Woman of the Year Award in 1966 by Lady Bird Johnson.[2]

Mobley joined her husband, Gary Collins, as co-host of the 1989 Miss America pageant.[5]

In an interview with a scuba diving magazine, Mobley described herself as an “avid diver” [11] who holds certification as a scuba diver.[12]

Ms. Mobley has Crohn’s disease, and has at times been an activist for improvements in treatment.

Mary Ann Mobley was treated in 2009 for Stage 3 breast cancer and is currently in remission.[13]