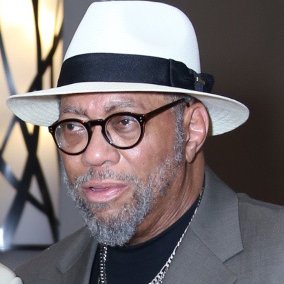 On a certain networking site that I visit regularly a question came up about how some people were abusing professionals within the entertainment industry. The question pertained to why today’s music professionals were not as honest as yesterday’s professionals

The history of Black radio & records is covered with so many instances of bad actions that it is a wonder we have an industry today. Radio announcers took money by the handful and treated artists like they were not suppose to get what they had paid for. Several radio announcers were beat up, shot at or threatened about their actions. They ducked; dodged and lied their way into positions where the people under them, that wanted to be like them, learned how to be a crook instead.

Promoters took money for radio play and never delivered the play or returned the money. I know several gentlemen and women who made 20, 30, 40 thousand dollars a song and told the independent label that the problem their record was not on the air was in the song. Record labels miscounted product sales, stole publishing rights and overcharged artists for marketing and promotion yet wanted the artist to continue making them hundreds of thousands of dollars a year by creating new music. The record label employees and young interns learned more trickery than honest label business. Magazine owners, publicists, writers and other media people over promised and under delivered, while some never learned proper English structure or usage.

On the sales side, Black owned distributors have always been a joke. I have never known of a totally Black owned distributor in this country. ALL have been glorified one stops at best, selling normally to someone who is White & most often Jewish so that the product could be sold into the major chains. Any direct sales were to other smaller retail operations, one stops and never to major product movers. Not one of them controlled advertising dollars other than what money that was given them from the majors that they didn’t steal first.

Professional service organizations were EGO driven and money hungry and not one Black owned radio / record organization has remained intact.

Artists have been trained to believe that you have to get taken in this industry before you can make it. Their attitudes today are no less than the Black artists of yesterday. Ego driven, flashy dressing, money spending, jewelry wearing, sexual promiscuous artists were the norm 40 years ago and are still the norm today.

The entertainment industry as taught by Jack Gibson and his contemporaries was tough, ruthless and never fair. Corporate politics are not fair; radio station politics are not fair and never forget the club owners who pride themselves on NOT paying an artist who has performed in their venue. We had a group of men who did go out and correct a few wrongs. They were called the FAIR PLAY COMMITTEE, but they made 50% of everything they collected and only worked for the highest bidder.

Our generation taught this generation how to be crooked. We made it a point to talk family to one another while we stabbed each other in the back for a job that we only held for a short time.

Whenever you point one finger at someone you have 4 fingers pointed back at yourself. I was not a saint during my corporate radio / records career. And I don’t remember anyone who was.

The kids call it keeping it real, the oldsters say “Don’t wash your dirty laundry in public”. My response is look in your mirror before you ask too many questions.

Today my generation wants to dream of days gone by and wishes for the return of the past. This will never happen for the only way to change what you perceive as a very convoluted entertainment business environment is to educate the youth and start leading by example. Bitching, moaning and calling folks names only makes you a whiner and loser. Working on creating a good environment, educating others and doing what you say creates success.