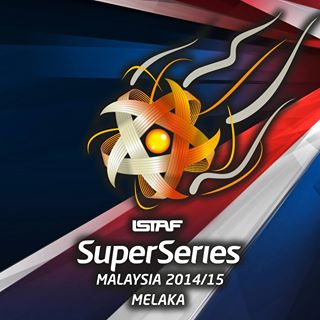 MELAKA (8 FEBRUARY 2015): Malaysia has defeated Thailand to put an end to 10 years of Thai dominance in the world’s hardest sport.

Sepak Takraw is a sport of South East Asian origin best described as a marriage of Volleyball, Soccer, Gymnastics, all by way of Shaolin Kung-Fu. Simply put, players have three hits to get the ball over the net, but they can only use their feet and head, but that description hardly does justice to a sport where players are routinely somersaulting through the air seven feet off the ground.

Traditionally played by most South East Asian nations, the sport has since expanded to the whole of Asia, and worldwide, thanks to the efforts of the International Sepaktakraw Federation (ISTAF), and its introduction into the Asian games in 1990. While there are multiple formats of the sport (pairs, 4v4, etc), the oldest and preeminent event is the Regu format, where three players (the Tekong, who serves the ball, the Feeder, who sets the ball, and the Striker, whose role is to soar into the air and pummel the ball into the opponents’ court) and two substitutes match up in the court.

In this Regu format, Thailand has reigned supreme for the last decade, dominating neighbours and close rivals Malaysia since a lone Malaysia win at the 2005 South East Asian (SEA) Games. Thailand has won ALL SEA Games, ASIAN Games, ISTAF World Cup and ISTAF SuperSeries Tournaments since.

The most recent meeting saw Malaysia on Match Point in the ISTAF SuperSeries MYANMAR 2014/15 Final, before a spirited Thai comeback left the Malaysian team wondering if they would ever break this run of dominance.

Among the Malaysian team that day were Syahir Rosdi (Tekong) and Khairol Zaman (Striker), both in their first International Tournament.

All this set the backdrop for what was a landmark night in the historic city of Melaka, as the battle hardened Malaysia team fought to a 21-7 21-19 victory in a stadium teeming with Malaysian fans.

Malaysian coach Abdul Talib Ahmad said: “This has been a fantastic moment for us. Our players rose to the occasion and this mesmerised the Thais in the first set. Syahir (Rosdi) played some superb serves and Farhan (Adam), Hanafiah (Dollah) and Khairol (Zaman) did most of the damage at the net.”

The Thais had ace striker Thawisek Thongsai on their side, and the left-footed Siriwat Sakha, widely considered to be one of, if not, the best tekong in the world.

But the day certainly belonged to the Malaysians, who were simply mercurial at all fronts with Syahir serving out seven aces at speeds of 75km/h while Hanafiah and Farhan combined effectively with a total of 11 spikes domination the net to win the first set 21-7 in 18 minutes much to delight of the fans.

The second set went Malaysia’s way in the initial stage with the hosts leading 6-3 but the Thais drew level at 8-8. Desperate for a change of momentum, the Thai team introduced striker Suriyon Koonpimon in place of feeder Panupong. This added a layer of unpredictability as both players could set and spike the ball. This tactical change saw Thailand building a 10-8, and then 15-12 lead.

The second set then evened out, with scores level at 17-17 and then 19-19 near the close of the game, but another ace from Syahir moved the hosts to 20-19 and in the ensuing rally Suriyon sent the ball out much to the celebration of fans, players and team officials.

Breaking down in ecstasy, the Malaysian players had finally conquered mighty Thailand, ending a run of 10 years of domination in the world’s hardest sport.

ISTAF SuperSeries MALAYSIA 2014/15 MELAKA is the second leg of the ISTAF SuperSeries2014/15. The tournament is jointly organised by the International Sepaktakraw Federation (ISTAF) and Asia Sports Ventures (ASV), ISTAF’s exclusive global commercial and developmental partner. It is being held with the support of the Malacca State Government and Sepaktakraw Association of Malaysia.

The ISTAF SuperSeries MALAYSIA 2014/15 MELAKA was televised to over 80 countries across the globe, with a potential reach of 1.4 Billion households. For the very first time, fans could also catch all four days of tournament action live, and repeated on www.sepaktakraw.org/livestream.