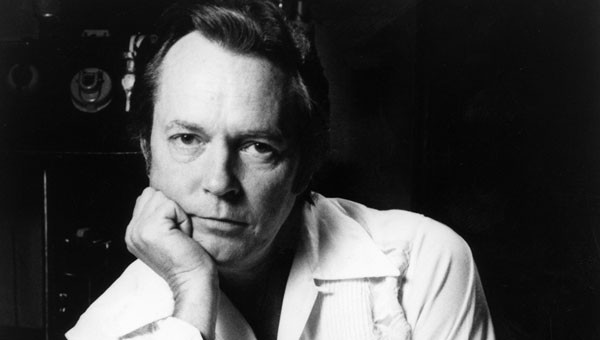 Legendary producer Billy Sherrill dies
Producer, songwriter, arranger and Country Music Hall of Famer Billy Sherrill passed away in his home late Tuesday morning at the age of 78 following a short illness, according to his daughter Catherine Lale.
TENNESSEAN.COM

Billy Norris Sherrill (November 5, 1936 – August 4, 2015) was an American record producer and arranger, who is most famous for his association with a number of country artists, most notably Tammy Wynette and George Jones. Sherrill and business partner Glenn Sutton are regarded as the defining influences of the countrypolitan sound, a smooth amalgamation of pop and country music that was popular during the late 1960s and throughout the 1970s.

In the 1981 made-for-television movie based on Wynette’s book “Stand By Your Man”, Sherrill was portrayed by James Hampton.

Born in Phil Campbell, Alabama, United States in 1936, Sherrill became initially interested in music, particularly jazz and blues, learning to play the saxophone. During his teenage years, he led a blues band, and later signed a solo record deal, though this led to little success.

In 1962, Sherrill moved to Nashville, where he was initially hired by Sam Phillips to manage the Nashville studios of Sun Records. When Sun sold its Nashville studio the following year, Sherrill moved to Epic Records, as an in-house producer. Given his limited exposure to country music up to that point, his production incorporated many elements of pop music production. (His sound has often been described[by whom?] as a country equivalent to Phil Spector‘s Wall of Sound.) His first success was with David Houston. Houston’s recording of Sherrill’s and Glenn Sutton‘s composition “Almost Persuaded” spent nine weeks at the top of the U.S. country charts in late 1965 and into early 1966.

His association with Wynette began in 1966, when the then-unknown performer auditioned for him. He signed Wynette to Epic, and involved himself in nearly every aspect of the aspiring singer’s career, helping her choose her stage name (Sherrill felt her name at the time, Wynette Byrd, would not lend itself to a successful recording career, and suggested she adopt the name “Tammy”), and helping her to develop her stage persona. In 1968, Sherrill co-wrote with Wynette her most famous hit, “Stand By Your Man“.

By 1971, George Jones had arrived at Epic Records. In fact, Jones’ recording contract with Musicor Records was not even officially over in 1971 but a desire between both Jones and his then-wife, Tammy Wynette, to record together led to a buy-out of Jones’ current contract with Musicor. Soon after, Jones and Wynette began recording together with Sherrill as the producer. Sherrill often played double duty as a songwriter, usually in tandem with Norro Wilson and George Richey. Richey became the future husband of Wynette. The success that Sherrill had with Jones proved to be his most enduring. Although Billboard chart statistics show that Sherrill had his biggest commercial successes with artists such as Wynette as well as Charlie Rich, with Jones, Sherrill had his most enduring and longest-lasting association. Sherrill’s biggest hit with Jones was “He Stopped Loving Her Today“. In the 1989 video documentary, Same Ole Me, Sherrill recalled a heated exchange during one recording session when Jones insisted on adapting the melody from “Help Me Make It Through the Night“: “I said ‘That’s not the melody!’ and he said “Yeah, but it’s a better melody.’ I said ‘It might be—Kristofferson would think so too, it’s his melody!'” In the same documentary, Sherrill claimed that Jones was in such bad physical shape during this period that “the recitation was recorded 18 months after the first verse was” and added that the last words Jones said about “He Stopped Loving Her Today” was “Nobody’ll buy that morbid son of a bitch”. Sherrill, once he vacated as the head of CBS/Epic, continued to produce the recording sessions of Jones throughout the 1980s. Sherrill appeared in the video of Jones’ “Who’s Gonna Fill Their Shoes” (1985), acting as the bus-driver. In total, Sherrill is credited as Jones record producer for 19 years, 1971–1990.

When news surfaced that the couple were in divorce proceedings, which would eventually last quite a few months, the song that capitalized on this the most was “The Grand Tour” which hit #1 for Jones in 1974. The song is about a man inviting the listeners to walk through a house with him as he tells about a divorce that took place. The woman left just about everything in the house except a couple of critical items we are told at song’s end. When their divorce became final in early 1975, the appropriate songs by Jones released at the time were “These Days I Barely Get By“, “Memories of Us“, “I Just Don’t Give a Damn“. Wynette had a hit during that time period with “‘Til I Can Make It On My Own“. The duo continued to record through 1976, enjoying several more Top-10 and #1 hits together such as “Golden Ring“, “Southern California“, and “Near You” but the duo stopped recording together after the 1976 sessions. They did not team up in the studio again until 1979/1980 with their final hit song being, at the time, 1980’s “Two Story House“. Afterward they never recorded, or rarely appeared, together for the next 14 years. They embraked on a reunion tour in 1995 in support of their first duet album together in 15 years, One.

In 1991, when Jones left for MCA Records and recorded under the production of Kyle Lehning it marked the first time in 20 years that someone other than Sherrill was in the control booth. Lehning became Jones third record producer. Pappy Daily produced all of Jones recordings during 1954–1971, and then Sherrill took over the role for the next 19 years. During Jones’ stay at MCA almost every album would feature a different producer. Norro Wilson and Buddy Cannon show up more often during the MCA years as Jones’ record producers.

Another artist who benefited greatly from his association with Sherrill was Charlie Rich. Rich had been a marginally successful performer of blues and early rock and roll, scoring a minor hit with the tune “Lonely Weekends”, but it was his early 1970s work with Sherrill, particularly the country-politan hits “Behind Closed Doors” and “The Most Beautiful Girl in the World”, that brought Rich to national prominence. Along with songwriter Norro Wilson, Sherrill won a Grammy Award in 1975 for Best Country Song for Rich’s version of the song “A Very Special Love Song“.[2]