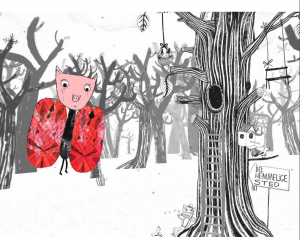 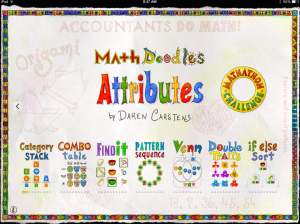 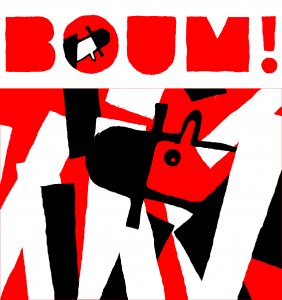 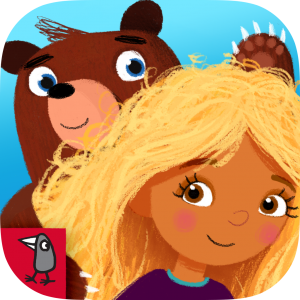 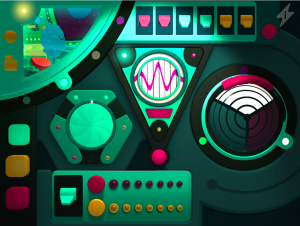 BOLOGNARAGAZZI DIGITAL AWARD:
THE 2016 WINNERS AND THE SPECIAL MENTIONS

Thinking beyond the page
The very best  of digital publishing for children and young people
Entries from over 30 countries
The 2016 edition of the Bologna Children’s Book Fair –from the 4th to the 7th April – will once again include the BolognaRagazzi Digital Award, the international prize dedicated to digital publishing and apps for children and young people. The Fair has been awarding the prize since 2012 in collaboration with the Children’s Technology Review (USA), but the story of the award really began back in 2002 when BolognaFiere created the first ever prize for children’s eBooks.

New technologies offer increasing opportunities for authors of children’s stories, both in the field of education and entertainment: this prize acknowledges the very best works from all over the world, the most innovative apps and those that best manage to combine the digital experience with traditional storytelling.

The Bologna Ragazzi Digital Award is for all publishers and app developers specifically for children and young people aged between 2 and 15. Fictionand Non Fiction are the two categories of the prize: each year the works sent to BolognaFiere are examined by a special international jury of experts from the sector. The event’s 5th edition has attracted 177 entries from 30 countries: these have been judged in recent days by a jury composed ofWarren Buckleitner, American guru of digital for children and Editor of the The Children’s Technology Review (USA), Paulien Dresscher, Director of the New Media Department, Cinekid (Holland), Valeria Petrone, Illustrator (Italy) and Max Whitby, co-founder of Touchpress Ltd (Great Britain).

Sometimes the magic of interactive technology combines perfectly with extraordinary traditional illustrations, majestic craft and narrative skill: the result is a rich experience that is a genuine pleasure to explore. This is certainly the case for the 2 winners, 4 special mentions and 7 works that made the short list of the jury of the BolognaRagazzi Digital Award 2016. Each of the titles makes an important contribution to children’s publishing by exploiting the potential of emerging technology from the point of view of younger users.

WINNER FOR FICTION
The 2016 winner of the Fiction Category is Wuwu & Co. – A Magical Picture Book, Step In Books (Denmark). “An innovative and engaging tale that captivates and enchants, the story uses minimalist illustrations inserted into a virtual world that can be explored freely with a tablet. This enables the user to move through the story in a non-linear way. Sounds and illustrations of high quality accompany us while we move around searching for the items needed in order to proceed with the story. The app, in turn, uses the movement input in a delicate and fun way. The jury had some doubts about the usability but these were largely overcome by the aesthetic value and the innovative navigation techniques.”

WINNER FOR NON FICTION
For the Non Fiction category the jury chose to award the prize to Attributes by Math Doodles, Carstens Studios (USA). “The essence of mathematics represented in a unique app through seven stimulating activities of logic and maths illustrated by hand. The app transmits to the child the message that mathematics is something wonderful that can be presented without any particular tricks”.

SPECIAL MENTIONS (FICTION)
Boum!, Les Inéditeurs (France) “This story, presented through a continuous scrolling movement , is a delight for the eyes and the ears. Users advance through the tale with swipes that reveal vivid illustrations that are inserted into a fascinating audio environment. This work has a cinematographic flavour and the viewpoint continues to mutate, moving beyond the restrictions of the traditional frame. While some might find the absence of an explicit narration strange, there is an implicit message of fantasy and creativity that overcomes boredom and monotony. And at the end there’s a smile”.

Goldilocks and Little Bear, Nosy Crow, (Great Britain) “The movement of the device becomes an innovative element incorporated with intelligence and humour into a classic tale. Well-designed functions take advantage of the potential of a tablet to understand movement. In this way it becomes possible to literally turn the story on its head (by rotating the screen as if it were a car steering wheel) and follow the two characters (the bear and the girl) in their flight. At the end, in an intelligent adaptation of the story, everyone finds one another again and makes new friends. The entire experience is a true delight from the beginning to the end: a work that includes high quality music, graphics tailor-made for the interactivity of the medium and a truly contemporary narrative capacity. This title is surely Nosy Crow’s best work yet.”

SPECIAL MENTIONS (NON-FICTION)
Loopimal by Yatatoy, Lucas Zanotto, (Finland) “Even a very small child can programme the movements of the six animated animals, dragging and dropping the blocks onto a time line. The result is an enchanting rhythmical musical experience with an in infinite number of combinations and an invitation to dance to the sound of the music.”

MoonBeeps: Gizmo, Moonbot Studios (USA) “This innovative app transforms the tablet into a tool to enhance imaginative play, helping the child to build an imaginary submarine or a space ship. The switches and mechanisms and the resulting sound effects are simple only in appearance. The jury appreciated the idea that a tablet can be a tool to facilitate play rather than dictate to and lead the child in his/her actions.”

IMAGES OF THE WINNERS AND SPECIAL MENTIONS ARE ATTACHED; BIOGRAPHIES OF THE MEMBERS OF THE INTERNATIONAL JURY CAN BE FOUND AT THE FOLLOWING LINK
http://www.bolognachildrensbookfair.com/la-fiera/bologna-ragazzi-digital-award/giuria-2016/1986.html 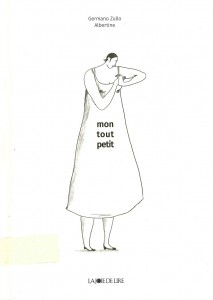 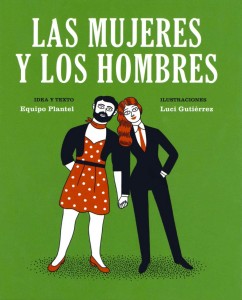 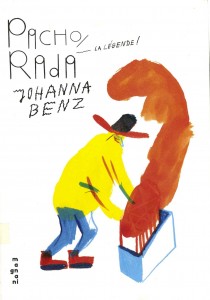 BOLOGNARAGAZZI AWARD: THE WINNERS OF THE 51ST EDITION
One of the most important children’s book prizes in the world
Even more space for the latest developments as told to children plus a special section dedicated to DISABILITY

1448 titles reached Bologna from 43 countries around the world in order to participate in the selection for the BolognaRagazzi Award (BRAW),the prize that has been awarded by the Bologna Children’s Book Fair since 1966 to the very best books in children’s publishing judged in terms of their graphic-editorial quality, strength of innovation, balance and capacity to speak to young readers. This competition, which each year receives the very best publications from around the world, is one of the most esteemed awards in the sector and represents an important launch pad on an international level, thanks to the attention that the winner receives from the media and the thousands of professionals from the sector in attendance at the Bologna Children’s Book Fair, which will take place this year from the 4th to the 7th April. This year’s Fair will conclude with an event that will see BolognaFiere come to life with the Weekend for Young Readers, an event open to schools on Friday 8th April and open to the general public on the 9th and 10th April. Each year publishers propose the best works for the award, guaranteeing the exceptional quality of the entrants: over the years the BolognaRagazzi Award has come to represent a precious stimulus for authors, illustrators and editors inspiring them to achieve even greater heights in terms of the art and literature that children’s books deserve.

As is the tradition, a prestigious international jury has selected the winning publications, one title for each of the four categories: Fiction, Non Fiction,New Horizons and First Works. The jury, which was made up of Silvana Amato (graphic designer, Italy), Claude Combet (specialist journalist, France), Wally De Doncker (President IBBY – International Board on Books for the Young, Belgium), Emiliano Ponzi (illustrator, Italy) and Dolores Prades (editorial consultant, Brazil), has spent the last few days deliberating together at BolognaFiere.

NON FICTION
Books that are increasingly dealing with themes connected to current affairs have received the attention of the international jury. The Winner for Non Fiction is the series “Libros para Mañana”, published by Media Vaca, 2015, Spain.

NEW HORIZONS
The section dedicated to countries with an emerging publishing sector received over 100 works originating from Columbia, Indonesia, India and Guatemala, to name just a few. The winner of the New Horizons Section 2016 is “Tongue Twists (Lisanak Hisanak)”, by Fatima Sharafeddine / Hanane Kai, published by Kalimat, 2016, United Arab Emirates.

FIRST WORKS
This section was established to shine a spotlight on some excellent debuts by both illustrators and authors. The Winner of the First Works section 2016 is “Pacho Rada, la légende!”, by Johanna Benz, published by Editions Magnani, 2015, France.

BOLOGNARAGAZZI AWARD FOR DISABILITY
Also for the 2016 edition, a prize has been dedicated to a special category for the in-depth study of a theme of particular pertinence.
Over the years the theme of disability has made a notable impact on the history of children’s literature and illustrated books have played an important role in this. For this reason, the Bologna Children’s Book Fair has this year established the section BolognaRagazzi Award for Disability: a space for books that deal with the theme of disability and its representation and the publications dedicated to children with disabilities. The winner of this special prize, chosen by the prestigious international BRAW jury and by a special jury selected for this award – including Roberto Parmeggiani (Accaparlante), Silvana Sola (President IBBY Italy) and Beatrice Vitali (Fondazione Gualandi) – is “Mallko y papà”, by Gusti, published  by Editorial Océano de México, 2014, Mexico.