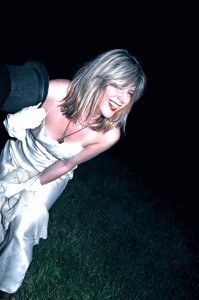 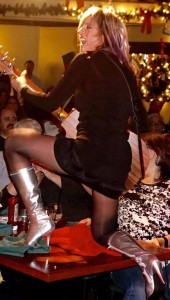 CAROLYN STRIHO Regarded as one of the city’s best singer/songwriters, Carolyn Striho made her name fronting the dynamic Detroit Energy Asylum and her work with Patti Smith. And in the last couple dozen years as a solo performer, Carolyn has gained a strong reputation for charismatic, high-energy stage performances with her songs, vocals, guitar and keyboards. Wildly original, melodic and passionate, Striho’s music has been described as being written “from the silver edge of midnight” (All-Music Guide, USA) Carolyn won the Outstanding Rock/Pop Songwriter of the Year last year in the 2015 Detroit Music Awards and her CD “Word Attack,” won the Outstanding Acoustic/Americana CD of the Year in the 2014 Detroit Music Awards. She also won the Oustanding CD of the Year for her CD “Honesty” in the 2010 Detroit Music Awards. Carolyn did her 3rd tour of Italy in August 2014, and hopes to tour Paris and France soon. She has worked through a serious illness, battling back to the studio and stage. A lifelong Detroiter, Carolyn was the lead singer/songwriter and keyboardist of the early art/punk/jazz era combos the Cubes and Rough Cut. She then fronted her all-star ensemble Detroit Energy Asylum before embarking on a wide-ranging solo career in which she’s explored rock, pop, folk, jazz, punk rock, cabaret and alternative music. The delightful difficulty people have in pigeonholing Striho was underscored in one of Carolyn’s Detroit Music Award trophies in 2010, a startling victory for her techno remix of “Promised Land” from her Outstanding CD of the Year in Rock/Pop, “Honesty.” Carolyn’s been nominated for nearly 50 Detroit Music Awards in recent years and won numerous awards. “Enchante” received an Honorable Mention as Song of the Year in Billboard Magazine. Carolyn has performed at Lollapalooza, Donne In Musica Rome, tours in England and several months performing in Japan.

Carolyn also performed with legendary producer Don Was at Detroit’s Concert of Colors, and performed again with Don this year again. She’s toured through Chicago, Toronto and the Midwest, performed at major festivals in Michigan, Canada, England and Italy, many shows in Detroit and outstate festivals/clubs.

Carolyn played with Patti Smith & The Patti Smith Group on several tours, including London’s Meltdown in 2005 and Patti’s comeback tour in 1995 in Michigan and Toronto.

Carolyn has opened for artist Steve Earle in London, U.K., performed with Yoko Ono and Sinead O’Connor, and has performed with Iggy Pop and the Ramones. Carolyn also performed at the Detroit International Jazz Festival in 2009. Carolyn’s videos, including “Promised Land” and “Sing it to Me,” have been nominated and screened for several music awards, Germany and international festivals.

Carolyn appears in several international films, including a German film called “Motor City Music” with legendary Detroit artists, recently screened in Germany and France and shown at the Montreal Film Festival and in London. Her music is also featured in the recent Emmy awarded PBS film “The Embrace of Aging.” “Carolyn is a poetic songwriter who plays piano (sometimes with the heel of her boot) and acoustic guitar (with her fingers) while singing in a style that might be jazzy, bluesy, torchy, fiery or any combination of the above…strutting and growling and singing a version of “D Downtown” that would have made Petula Clark feel like tourist, she’s worth tracking down! (Neal Rubin, Detroit News, 2013)

Carolyn is currently recording another new album to be released this year with very special guests. And Carolyn’s work with saxophonist Dave McMurray, currently in Johnny Hallyday’s band in France, has been featured again on NPR radio with their album, “Secrets and Space” from several years ago. From Carolyn’s early punk/art/free form days as the lead songwriter, vocalist, keyboardist on Farfisa organ with the Cubes while she was a DJ on WDET-FM for her “Radios in Motion” show, performing with the Ramones to the New York Dolls, with England’s Ultravox and the Slits, Iggy Pop, her hard rhythmic DEA band with the Was (Not) Was ensemble and to working with Patti Smith and various soul artists, Carolyn continues to walk to her own drum down an amazing path. “Carolyn Striho is a singer/songwriter with a vibrant voice, passion and energy. Carolyn’s a very respected Detroit songwiter and amazing live performer. She’s been on tour and in the studio with Patti Smith, Steve Earle, Luis Resto (Eminem) and David McMurray (Johnny Hallyday/Kid Rock). She’s a truly exciting arista!” (Go Girls Music 2014)