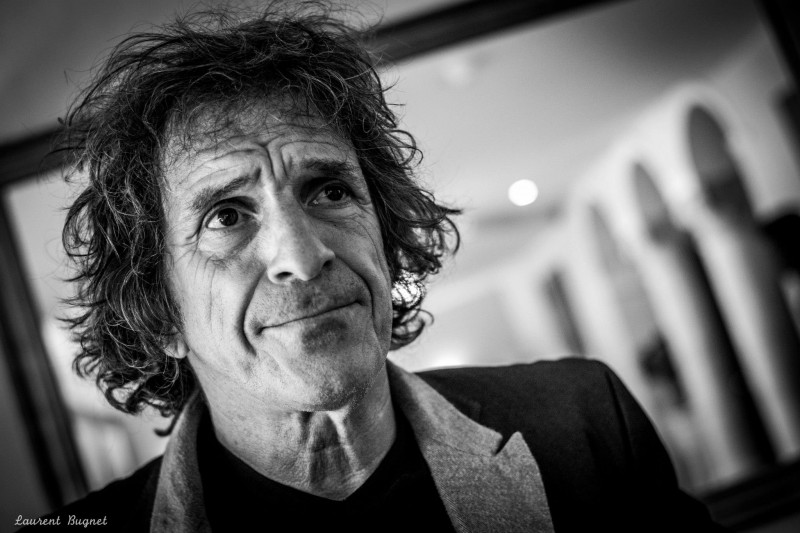 Laurence Gordon “Corky” Laing (born January 26, 1948)[1] is a Canadian rock drummer, best known as a longtime member of pioneering American hard rock band Mountain.[1] He is also noted for performing what would become one of the most sampled drum breaks in hip hop history when he played on the live version of Mountain’s song Long Red.

A native of Montreal, Quebec,[1] Laing was the youngest in a family of five children. His eldest sister Carol was followed by triplet brothers, Jeffrey, Leslie, and Stephen, and then by Corky. According to Corky, his brothers called him “Gorky” because they could not pronounce his given name. “Gorky” eventually morphed into Corky, a moniker which has remained with him throughout his career.

Getting his break playing drums for vocal group The Ink Spots in 1961, he later played in a group called Energy, who were produced by Cream collaborator and Laing’s future bandmate Felix Pappalardi. Laing left Energy in 1969 to replace drummer N.D. Smart in hard rock outfit and heavy metal forerunner Mountain, who, with Laing at the drum kit, released three albums and the classic song “Mississippi Queen” between 1970 and 1971.

After the band’s first breakup the following year, Laing and Mountain bandmate Leslie West went on to form blues-rock power trio West, Bruce and Laing with former Cream bassist/vocalist Jack Bruce. West, Bruce and Laing produced two studio albums and a live release before Mountain reformed in 1974 and released two more albums, Avalanche and the live Twin Peaks, only to break up again shortly after. The band would once again reconvene in 1985 upon the release of Go For Your Life, and Laing has continued with them to this day, most recently working on the band’s 2007 Bob Dylan cover album Masters of War. In addition to Mountain, he has recorded as the group Cork, with Spin Doctors guitarist/vocalist Eric Schenkman and Noel Redding, formerly bass guitarist of The Jimi Hendrix Experience. In late 1975, he played congas on several tracks on Bo Diddley‘s all-star album The 20th Anniversary of Rock ‘n’ Roll.

In 2003, Laing and Leslie West authored Nantucket Sleighride and Other Mountain on-the-Road Stories, a chronicle of their time with Mountain in its heyday and their careers in the years following.

Laing lives in Toronto’s historic Liberty Village and was interviewed for the 2006 documentary film Liberty Village – Somewhere in Heaven. He contributed the music for the film from recordings of his band Cork.

In 2007, Laing recorded Stick It!, the audio version of his memoirs with Cory Bruyea in Oakville, Ontario.

Corky has an interest in education and was present at the KoSA Music Camp in Vermont for the summer 2012.

With West, Bruce and Laing[edit]