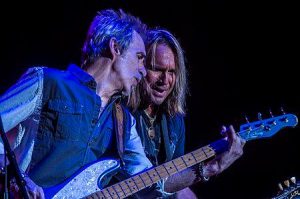 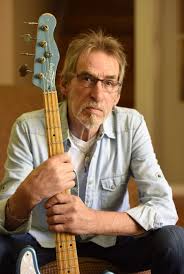 Craig MacGregor was born on September 13, 1949 in Iowa.[1] He developed an interest in music at an early age, taking up piano at age seven before switching to trumpet and then drums.[2] Following a three year period as a drummer MacGregor switched to bass guitar as his primary instrument as a result of his desire to be more out front while performing. As a teenager he played with a variety of local Connecticut bands. One of these bands, Swan, had some moderate success and toured the United States. Two of his bandmates in Swan, Bobbi Torrello and Joe Kelly, went on to perform with Johnny Winterand Ike & Tina Turner.[3]

MacGregor joined Foghat in 1976, replacing their interim bassist Nick Jameson. His debut recording with the band was 1976’s Night Shift. He continued with the band until 1982 recording on many more albums including the multi-platinum Live(1977), Stone Blue (1978) and Boogie Motel (1979). He left the band in 1982 and rejoined them on and off through their reformation in the mid-1980s up until the reformation of the band’s original lineup in 1993.[4] During this time he also performed and recorded with other musicians and bands including Randy and the Radiants, the Kneetremblers (which featured fellow Foghat members Roger Earl and Erik Cartwright) and Buck Dharma.[3]

In 1991, MacGregor and his wife, Lisa, moved from Long Island, New York to Fleetwood, Pennsylvania. They then moved to Wyomissing, Pennsylvania in the mid 1990s.[4]

MacGregor rejoined Foghat in 2005 following the departure of original bassist Tony Stevens. In 2015 he was diagnosed with stage four lung cancer. It had first been detected in 2012 when it was much smaller but the results of the tests were not disclosed to him. He became an advocate for the Patient Test Results Information Act, a bill that would require medical personnel to inform patients of all medical test results in a timely manner.[5] Although he was still officially a member of Foghat, he did not perform live with them after August 2015, when he was replaced by Rodney O’Quinn.