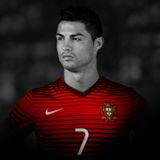 WE DON’T CRACK UNDER PRESSURE!

Today football star Cristiano Ronaldo (CR7) and F1 World Champion Jenson Button met at Jarama Race Track outside Madrid, Spain, to perform a set of roaring challenges and demonstrate that as some of the best sportsmen in the world, they do not crack under pressure.

The challenges included car drifts, hot laps, football shots on a spinning McLaren race car target and a car chase experience for CR7 and Jenson Button. All of the amazing challenges are a mixture of both football and F1 skills.

Cristiano and Jenson both drove McLaren racing cars to perform the challenges. Cristiano’s car was a McLaren P1 and Jenson’s a 650S. They used Nike balls for the football challenges and tracked the time and stunts with a special McLaren edition of the Carrera chronograph TAG Heuer watch.

Broadcasters will be able to send their own questions and these will be presented and answered by Cristiano Ronaldo and Jenson Button on the day. Please send your questions in writing by latest Tuesday 26th August to:

Footage of the event, shot to broadcast standards, free of charge and copyright restrictions is available to broadcasters.