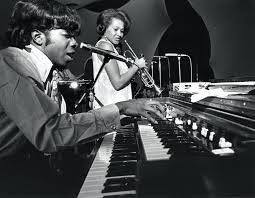 I’m truly sad hearing that Cynthia Robinson has passed away. To Jerry and Greg, all her other bandmates, friends and relations our thoughts are with you. She was the first female band member I remember that was just bad ass. She was the coolest.

Cynthia Robinson (January 12, 1946 – November 23, 2015) was an African-American musician, best known for being the trumpeter and vocalist in Sly and the Family Stone.[1]

She is notable for being one of the first black and female trumpet players in a major American band, and also for being the only member of the original Family Stone clan to continue working with Sly Stone after the band fell apart in 1975. She played in the funk band Graham Central Station with Family Stone bandmate Larry Graham, starting in 1974.[citation needed]

Robinson was inducted into the Rock and Roll Hall of Fame as a member of Sly and the Family Stone. In 2006, she reunited with the original band members of Family Stone.[citation needed] She died of cancer in 2015 at the age of 69.[2]