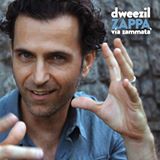 I am writing from inside the tour bus while we are getting ready to drive from Asheville to Raleigh NC. The 50 Years Of Frank tour has been going well. I met a guy today who told me a story about buying “Freak Out!” when he was 15. He said he had gone into a record store to see a cute girl who worked there and he asked her for a recommendation. She told him to buy “Freak Out!” She said she liked to go to sleep listening to it. He bought it and was actually freaked out by the music, particularly “Who Are The Brain Police?” He thought to himself, “What is wrong with that girl?” In retrospect, he now wishes he would have asked her out since he has come to realize that women who like Zappa are often among the most fascinating, tolerant and broad minded individuals.

50 years ago it would have been a pretty damn cool thing for a girl to be interested in the music of Frank Zappa. 50 years later it’s no different. When women get into Zappa music I personally find it to be quite intriguing. I am always curious how they got into the music in the first place. In my experience, most women at my concerts tell me it’s their father’s influence. Sometimes it’s from a boyfriend and sometimes they have found it on their own, kind of like the record store girl described in the story above.

In any case, if you ask me, all ladies are welcome to enjoy the music anytime! There is a lot to choose from and there are many layers to it. It’s nutrient dense! Some women might not like all aspects of my dad’s music but I believe that listening to it instills a strong sense of individuality. Along with that comes an ability to see the world with more of an open mind, like my dad’s quote, “The mind is like a parachute, it doesn’t work unless it’s open.”

I am wishing all of the women, wives and mothers marching with their daughters this week, safe travels and offering my support in their endeavors in Washington. If you need some audio therapy or inspiration to stand up for what you believe in perhaps you’ll consider including some Zappa in your playlist!