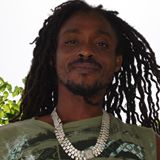 Fabian Marley makes it through the fire

SINCE 2013, Fabian Marley has made headlines with claims that he is the first son of reggae icon Bob Marley. This has not gone down well with the Marley family who have refused to acknowledge his sensational pronouncements which have also overshadowed his fledgling music career.

Marley, who is in his late 40s, is scheduled to leave for France tomorrow on a promotional campaign for songs he did with producer Clive Hunt and Massive B Entertainment out of New York. The roots-reggae songs, Through the Fire and Nah Sey wi Poor, were recently released.

Hunt, whose resume includes work with The Abyssinians, Jimmy Cliff, Mystic Revealers, Etana and French singer Pierpoljak, said he knew nothing of the diminutive Marley when Clayton Thomas, head of of Massive B Entertainment, approached him to produce the songs.

“I didn’t know anything about Fabian, I was just asked to produce a reggae artiste and I decided to work with him based on his merit,” Hunt told the Jamaica Observer.

Thomas is originally from St Kitts. He told the Jamaica Observer that he has been in the music business since the mid-1990s when he ‘rolled’ with producer Philip ‘Fatis’ Burrell of Xterminator Records.

He said he heard of Marley through music industry links in upstate New York where he lives. He is also familiar with the singer’s drive to be acknowledged as reggae legend Bob Marley’s child, a claim contested by the Marley family.

“I don’t want to get into the family ties. Fabian was told by his mother that his father is Robert Nesta Marley; I’m not going against that or what the Marleys say. I’m here to push Fabian’s music,” he said.

Thomas said his initial productions were with soca acts in his homeland. Since moving to New York in 1994, he became associated with a number of Jamaican music industry heavyweights including Burrell.

Thomas said several Jamaican artistes have recorded for Massive B Entertainment including Luciano and Mikey General who were once signed to Xterminator. Warrior King, Ras Shiloh and Sasha have also done songs for the label.

Marley is scheduled to make promotional appearances in Paris for the next week.