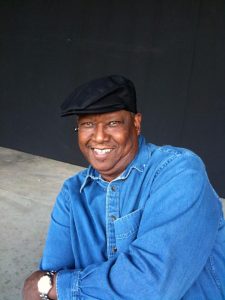 Life and career[edit]
Miles was born in Daytona Beach, Florida.[2] He was the youngest of eleven children and left home at the age of 15.[3]
His musical career really started when playing with the Universals, a soul band which were locally popular in the early 1960s.[1] At the time Miles was a singing drummer for the band, and he befriended both Gregg and Duane Allman, who lived nearby and jammed with the band.[2][4]
After playing drums and singing with several other local groups, Miles founded his own band, which backied musicians such as Arthur Conley, Erma Franklin, Curtis Mayfield, Eddie Floyd and Percy Sledge. Through his friendship of the Allmans, Miles moved on to supply guitar backing for Clarence Carter.[1][3] He later performed with the London Symphony Orchestra.[3]
His debut solo album was Crazy Man (1992), which included musical assistance from Gregg Allman and Dickey Betts.[5] Goin’ Back to Daytona was released in 1994. Miles gained greater national prominence when he played on tour with the ensemble Gregg Allman & Friends.[1]
His third album, Mountain to Climb (1999), was released by Beloved Records. His latest recording, Another Man Will, produced by Roy Roberts, was released in 2002.[1][6] Miles performed at the Boundary Waters Blues Festival and, in 1996 and 2009, at the Sarasota Blues Fest.[7]
Miles died on January 26, 2018, at the age of 74.[8]
Discography[edit]
Year
Title
Record label
1992
Crazy Man
Ichiban
1996
Goin’ Back to Daytona
Kingsnake
1999
Mountain to Clumb
Beloved
2002
Another Man Will
Rock House

JAMES DRUDY   For the Irish soldier who fought in the American Civil War, see James Drury[...]