We are pleased to inform you that a new press release has just been published on Fundación MAPFRE News that may be of interest to you:
The exhibition features 153 photographs, 5 photo-books and a 9-screen video installation. On display in our Bárbara de Braganza Exhibition Hall until 26 January.

Fundación MAPFRE has unveiled the first exhibition in Spain devoted to the work of Eamonn Doyle This exhibition explores the latest work of this Irish photographer, known for his «Dublin trilogy».

The exhibition, curated by Niall Sweeney, includes the artist’s personal vision of the Irish capital – the drama and the pace of life of the city, its light, its feel and its inhabitants – and also the series known as «K», which includes images of ghostly figures taken on the west coast of Ireland and in the Extremaduran landscape.

If you need any more information, the Fundación MAPFRE team is at your disposal. 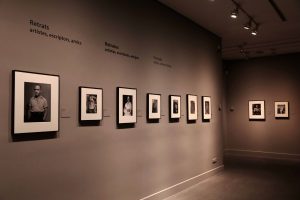 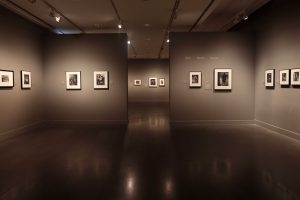 BRASSAÏ
INTRODUCTION
Fundación MAPFRE is launching its 2018 exhibition programme in Barcelona with the
exhibition Brassaï, a comprehensive survey of the career of this celebrated Hungarian-born
French photographer whose work helped to define the spirit of Paris in the 1930s.
Brassaï was one of the most important of the group of European and American photographers
whose work in the inter-war years greatly enriched photography’s potential as a form of
artistic expression.
The artist began to take photographs in 1929 or 1930, maintaining an intense level of activity
throughout the 1930s. Brassaï’s principal subject was Paris, where he settled in 1924,
intending to become a painter. Around the end of World War I the artistic centre of the city
had shifted from Montmartre to Montparnasse where most of the artists, constituting a major
international community, lived like a large family. Brassï was fascinated by the French capital
and later said that he started to take photographs in order to express his passion for the city at
night. Soon, however, he also began to take portraits, nudes, still lifes, images of everyday life
and depictions of picturesque corners of the city and moments captured during the day.
Brassaï’s confidence in the power of blunt, straightforward photography to transform what it
describes, as well as his talent for extracting from ordinary life iconic images of lasting force,
won him an important place among the pioneers of modern photography.
This exhibition offers a survey of the artist’s career through more than 200 works (vintage
photographs, a number of drawings, a sculpture and documentary material) grouped into
twelve thematic sections, of which the two devoted to Paris in the 1930s are the most
important.
Produced by Fundación MAPFRE and curated by Peter Galassi, chief curator of the Department
of Photography at the MoMA, New York, from 1991 to 2011, this is the first retrospective
exhibition on Brassaï to be organised since 2000 (Centre Pompidou) and the first to be held in
Spain since 1993.
The exhibition benefits from the exceptional loan of the Estate Brassaï Succession (Paris) and
other loans from some of the most important institutions and private collections in Europe and
the United States, including: The Art Institute of Chicago, The Museum of Fine Arts (Houston),
The Metropolitan Museum of Art (New York), The Museum of Modern Art (New York), the
Musée National d’Art Moderne, Centre Pompidou (París), The Philadelphia Museum of Art,
The San Francisco Museum of Modern Art, David Dechman and Michel Mercure, ISelf
Collection (London) and Nicholas and Susan Pritzker.
After being seen in Barcelona the exhibition will move first to Fundación MAPFRE’s Recoletos
exhibition space in Madrid (31 May to 2 September 2018) and following that to The San
Francisco Museum of Modern Art (17 November 2018 to 17 February 2019).
B 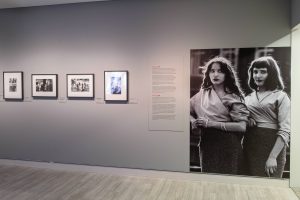 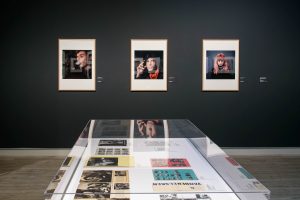