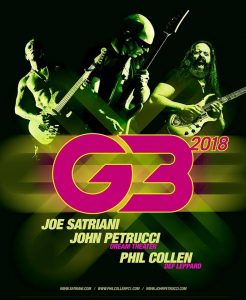 G3 TOUR, featuring JOE SATRIANI, JOHN PETRUCCI (Dream Theater), and PHIL COLLEN (Def Leppard)! I will be drumming in support of Phil Collen. I hope to see you at the show! Here are the dates and cities: