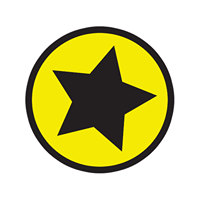 In Team Racing League, two teams of three players battle each other to the finish line; best- of-three format. Only one player needs to finish first for a team to win. Other players can choose to support their racing team mate, fight for position, or screw over opponents. With a range of unique abilities and team tactics at your disposal, TRL has been designed to be the most competitive top-down racer ever, creating an arena with lots of e-sports potential.

Check out a race in Team Racing League, for once you start playing you will be hooked!

“Team Racing League offers a new racing experience with a very competitive vibe,” said Pim Bouman, CEO of Gamious. “It provides something for everyone as you can play the game in different ways. Players will need to cooperate with their team mates if they want to win.”

Team Racing League’s development was inspired by top-down retro arcade racing games like Super Off Road and Championship Sprint. Instead of relying on power-ups, the game is all about teamwork and racing skills. It aims to be a pure racer, without artificial equalizing mechanics. During the race, the entire track and all racers are visible in a top-down view, giving both players and spectators an excellent overview. Team up with friends and beat your opponents together in exciting online multiplayer matches!

About Gamious
We are Gamious, a small Dutch game developer, based in Haarlem. We craft original and accessible games with pure gameplay – games we love to play ourselves. We either self-publish, work with publishers, or a mix between these two, to get the games to the right platforms.
Follow us on Twitter: @gamious
Visit us on Facebook: Gamious
###
Media contact
For Codes contact – Dan@PRHound.co.uk OR Derek@PRHound.co.uk
For further information, media should contact Aryeh Loeb, aryeh@gamious.com. Skype: aryeh.loeb Twitter @gamious Facebook /gamious