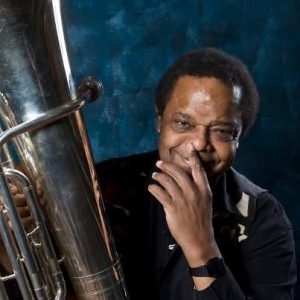 It’s with profound sadness that I’m learning about the passing of my old friend Howard Johnson. We go back more than 50 years. Howard was one of the people who helped bring me into the New York City music scene. A brief connection with Charlie Mingus, and then he hooked me up with probably the best two long-term gigs I ever had, with Paul Simon and with Gil Evans. He was one of the first people to help me try to understand the experience of being Black. He used to say things to me like, “There’s no such thing as a limited instrument, only limited musicians.” I have no way of measuring my admiration for him as a person and as a musician. His energy and spirit were boundless; he was irrepressible. Its only natural that he made a lasting impression on everyone who knew him, and everyone who heard him perform. My earworm today is that high bellow he’d let out on tuba; you can hear it on recordings with The Band. Howard called it “The Gorilla.” The memory of most of us in music will eventually fade; only a select few leave a legacy. I have a quick way of describing Howard’s place in music history: Along with a very short list of musicians, Howard changed the way his instrument is played. Louis Armstrong, Miles, Coltrane, Bill Evans, Howard Johnson. Think about that.
Goodbye, my old friend. And thank you. Say hi to Gil for me.