The long awaited LORDI new album Killection is out Jan 31 2020. The new single “Like A Bee To The Honey”, written by Paul Stanley and Jean Beauvoir is out today!
The vivid Lordi track is accompanied by an animated video, as only Lordi does!
Monsterly Magical! Check it out here Rockers!!! I love this band

Jean Beauvoir is honored to be invited to join KISS Expo 2018! Alongside Ace Frehley, Lita Ford, Punky Meadows, Vinnie Appice and many others from the KISS family! 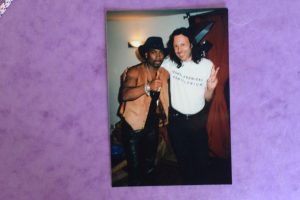 His recent releases Rock Masterpieces 1 & 2 have received international praise from most international publications including Sweden Rock, Classic Rock UK and Germany Rock Candy, Power Play and so many others, not only musically, but also specifically for its “sound”, with new mastering personally done by Jean Beauvoir.

For this reason, Jean is finally offering his services to Artist’s, as his time permits to help them achieve that “ultimate” sound they strive for on their finished albums, EP’s or singles.
For more info and rates:
Contact Voodoomusic@runbox.com

Jean Beauvoir – Missing The Young Days, originally from the solo album “Drums Along The Mohawk” Remastered and available now on Jean Beauvoir – Rock Masterpieces Vol 1.
CD available through AOR Heaven. Also on itunes and all other major digital platforms.

Thank you very much to those who have come on-board and joined my Pledge campaign!!! We hope you’re enjoying the exclusive updates, more great stuff to come!!!

Here is a recent podcast interview with KISS Marketing guru Michael Brandvold and Mitch Lafon, episode 24 of “Dropping The Needle”.  An Acoustic performance of  the Voodoo X tune, “A Lover Like You” written by Paul Stanley from KISS and I, is included.

Also, a brief Jean Beauvoir history video higlighting some of the key moments throughout the years!