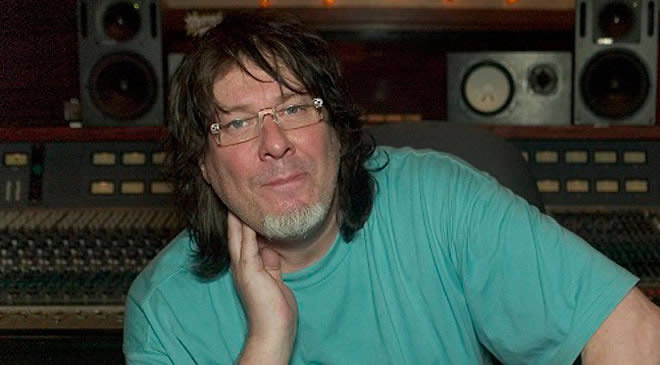 Jeremy Andrew “Andy” Johns (20 May 1950 – 7 April 2013) was a British sound engineer and record producer, who worked on several well-known rock albums, including the Rolling Stones‘ Exile on Main Street (1972), Television‘sMarquee Moon (1977), and a series of albums by Led Zeppelin during the 1970s.[1] His sound is exemplified by Free‘s album Highway, which he engineered and produced.[2][3][4]

Johns, the younger brother of Olympic Studios engineer Glyn Johns, attended The King’s School, Gloucester, England in the mid to late 1960s. Before his nineteenth birthday, he was working as Eddie Kramer‘s second engineer on recordings by Jimi Hendrix and many others. In a career spanning more than forty years, he engineered or produced records by artists ranging from Led Zeppelin and The Rolling Stones to Van Halen and Rod Stewart, whose sales total in excess of 160 million copies.[5]

Johns was the father of Hurt‘s former drummer, Evan Johns and rock singer/guitarist Will Johns, and uncle of producer Ethan Johns (son of Glyn Johns).

Johns died on 7 April 2013, after a short stay in a Los Angeles hospital being treated for complications from a stomach ulcer. He was 62. Johns is survived by his wife Anet; sons Evan, Jesse and William; grandchildren Lennon, Everly, Charlie and Luca; sister Susan Johns; and brother Glyn Johns.[6]