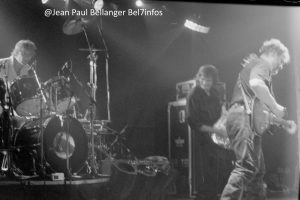 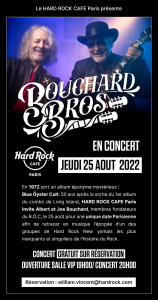 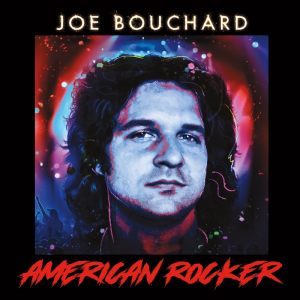 NEW REVEIW OF THE ALBUM – JUST OUT
Knock and Knowall New Album Roundup
by Eric Sandberg
Joe Bouchard ****
American Rocker
Rockheart Records/Deko Entertainmant
One of the strengths of the original Blue Öyster Cult was that all five members were great songwriters. While Donald “Buck Dharma” Roeser was initially not very prolific, he had a knack for coming up with songs that got played on the radio. Many of the classic album tracks and concert favorites, though, were composed by either bassist Joe Bouchard and/or his brother Albert. This is why any new album released by either of the Bouchard brothers instantly evokes the memory of one of my favorite bands.
Bouchard’s latest, American Rocker delivers those memories in spades and honestly provides me with more of those ‘BÖC feels’ than the most recent Cult album. His distinctive voice, reminiscent of Albert’s but easily distinguishable, and his very recognizable, deceptively sophisticated compositional style are combined with lyrics worldly and otherworldly that echo BÖC’s early days.
Bouchard plays all the instruments himself, including brass, but leaves the drumming to veteran Mickey Curry and brings in John Jorgenson to play some tasty Buck Dharma style lead guitar on “The Golden Age” a wistful look back at the good old arena days.
https://joebouchard.com/

My FIFTH solo album. A quite nice one I must say. Playin’ History Full Album Joe Bouchard (BÖC co-founder) https://youtu.be/D-rq0fqXSJI

Hey, I just got this in the mail today. Sounds great. I sing on two songs. Buck does a great vocal on the opening track. Ann Marie sings amazing and Richie plays great as usual. And most of the album was written by Albert and his friend Don Falcone. Lyrics by Michael Moorcock (lyricist for Veteran of the Psychic Wars and Black Blade) Check it out!

Here a track from my first solo album. I hadn’t heard it in awhile. Just in time for Halloween! Enjoy.

“BLUE COUPE” Will be performing a 90 minute set,with the best of both worlds, consisting of Blue Oyster Cult tunes, such as “Burnin For You”, and Alice Cooper band tunes, like “Eighteen”, plus some of their own cool originals.. Don’t miss out seeing these legends perform together Friday September 21st at The Jetport Ballroom 3400 Airport Road, Allentown, PA! Advanced tickets are $25 and include Ted Poley from Danger Danger Meet & Greet Modern Art cd release, Greg Smith from Ted Nugent, and Off The Road band, openers Blazin J’s & Seth Witcher PLUS Local band favorite Doubting Thomas in the lounge!

HEY NEW HAVEN FRIENDS AND FANS:
Albert, Joan and I are opening this great show!
We played a zillion shows with J. Geils back in the day. It will be great to see Dick again!
https://youtu.be/QRygCpiW7mY
Fernando Pinto Presents at CAFE NINE:
MAGIC DICK & SHUN NG
Bouchard Brothers
Sat 8/18
Doors: 8:30 pm / Show: 9:30 pm
This event is 21 and over

WOW! BREAKING NEWS:
Albert and Joe Bouchard are being inducted into the Hall of Fame. It’s about time! Not that Hall of Fame, it’s the Thousand Islands Performing Arts Hall of Fame. Albert and I were graduates from the class of ’65 and ’66 respectively, and this year they have chosen to honor us for our achievements.
We will be performing a short set of classic songs on Tuesday, May 15, 2018 at their Spring Concert in Clayton NY. We get a plaque and there will be a permanent plaque on display in the school. I’m looking forward to accepting this honor and performing for our old hometown fans. The concert is open to the public and admission is free.

Another new song I wrote for a movie. Don’t look for it on Netflix or American Movie Classics. I missed the deadline. I would get these frantic emails saying I need a song by tomorrow noon for a soon-to-be-released movie. This one about a hockey team had a three day deadline. So I wrote, recorded, mixed and mastered this song in 3 1/2 days! It was insane!

I just posted dates for the summer tour. Check ’em out! More shows are being worked on as I type this. Looking forward to seeing you all down the road…Joe Bouchard Official Page http://www.joebouchard.com/events 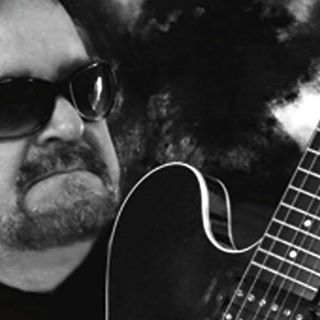 I’ll be taking pre-orders for autographed CDs. The official release date is Dec.18, 2014. The album has a new cover and two bonus tracks that sound fantastic. Check my website for details. www.joebouchard.com http://youtu.be/Nh02UIEjK44