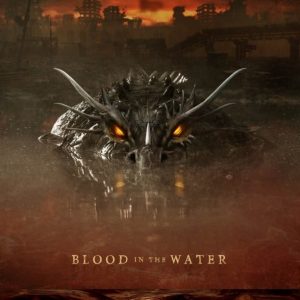 ALBUM OF THE YEAR – Flotsam and Jetsam “Blood In The Water”
Thanks to the voters at Progressive/ Metal Rock Fans (#1), Metal Pedia (#1), and The Metal Voice (#2) as several of the outlets that have graciously recognized the new Flotsam and Jetsam album “Blood In The Water” as “Album of the Year.”
We’re in some pretty amazing company, with killer bands such as Iron Maiden and Gojira, so we are humbled and very appreciative.
TBH, we were very concerned in trying to top our previous album, “The End of Chaos.” We really didn’t know what we had left in the tank, since we really put everything we had into TEOC. With the lockdowns and all that happened in 2020, we were able to somehow get the work done through the adversity, and actually channelled all the negative emotions into making this album. Thank you to the fans and press that have recognized it, and hold it in high regard. It just fuels the fire to try to top this album with the next one!!!
#kenkmary #flotsamandjetsam #pealrdrums #sabiancymbals #aquariandrumheads #vaterdrumsticks #rbdrums #rocnsoc

Here’s the latest single release from the new Flotsam album “The End of Chaos.” We had a fun time making this record, and it’s pretty much all 5 members going full out the whole album. I might go as far as saying the album should be called “The Beginning of Chaos,” but somehow it all works well musically, lol. This lyric video done by the brilliant Andy Plinkington feels a bit like a Bourne Identity inspired piece. Have a great rest of your week!! Cheers, mates!

FLOTSAM AND JETSAM – “DEMOLITION MAN” Here’s a video from the upcoming Flotsam album “The End of Chaos” which will be released by AFM Records on January 18th, 2019. We had a great time making the video, and it was directed by Jeremy Tremp, who is extremely talented and has produced a bevy, den, googleplex, etc. of great videos . . . Happy Thursday everyone. Cheers! 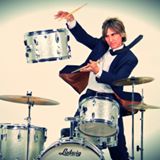 Welcome to beautiful Anaheim, CA, where the NAMM show was held at the Anaheim Convention Center. NAMM (the National Association of Music Merchants) is always a great place to go when you want to feel like you are a visitor (prisoner) at the world’s largest and loudest Guitar Center. Seriously. Well, it’s actually mostly fun but also very taxing at the same time. Imagine wandering through miles of amazing musical equipment, both instruments and electronics, and trying to actually pay attention to anything. (Way too many distractions!!)

I did get to see some good friends at Trick Percussion (special thank you to Mike Dorfman), Yamaha Drums, Zildjian, Remo, Roc-N-Soc, Vic Firth, Silverfox, and many other great drum and accessory companies.

The “red carpet” photos are at a Ronnie Montrose (Montrose) tribute show that I attended, and I also did an interview with Metal Talk Radio about some of the upcoming recordings that are going on currently with NLO and Fifth Angel. I did run into some of my musician friends there as well, although I did not get many pictures, lol.

Anyway, this delayed post is brought to you by Nammthrax, which is a real thing that happens when you go to NAMM to hang out and shake hands with 10 million people during flu season! (True story.)