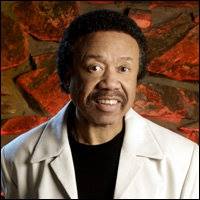 Maurice White (December 19, 1941 – February 3, 2016) was an American singer-songwriter, musician, record producer, arranger and bandleader. He was the founder of the band Earth, Wind & Fire. He was also the older brother of current Earth, Wind & Fire member Verdine White, and former member Fred White. Maurice served as the band’s main songwriter and record producer, and was co-lead singer (along with Philip Bailey). White won seven Grammys, and was nominated for 21 Grammys in total.[1][2][3]

White was diagnosed with Parkinson’s Disease in the late 1980s, which led him to eventually stop touring with Earth, Wind & Fire in 1994. However, White retained executive control of the band, and remained active in the music business.

Maurice White was born in Memphis, Tennessee, in 1941 to a father who was a doctor and occasional saxophonist. He grew up in South Memphis, where he lived with his family in the Foote Homes Projects and was a childhood friend of Booker T Jones. In his teenage years, he moved to Chicago and found work as a session drummer for Chess Records. While at Chess, he played on the records of artists such as Etta James, Ramsey Lewis, Sonny Stitt, Muddy Waters, The Impressions, The Dells, Betty Everett, Sugar Pie DeSanto and Buddy Guy.[2] White also played the drums on Fontella Bass‘s “Rescue Me” and Billy Stewart‘s “Summertime”.[5] In 1962, along with other studio musicians at Chess, he was a member of the Jazzmen which later became The Pharaohs.

By 1966, he joined the Ramsey Lewis Trio, replacing Isaac “Red” Holt as the drummer. Holt would go on to be a part of the Young-Holt Unlimited and bassist Eldee Young was also replaced by Cleveland Eaton. As a member of the Ramsey Lewis Trio, Maurice played on nine of the group’s albums, including Wade in the Water (1966), from which the track “Hold It Right There” won a Grammy Award for Best Rhythm & Blues Group Performance, Vocal or Instrumental in 1966.[6] Other albums by Lewis that featured White included The Movie Album (1966), Goin’ Latin (1967), Dancing in the Street (1967), Up Pops Ramsey Lewis (1967) and The Piano Player (1969). While in the Trio he was introduced in a Chicago drum store to the African thumb piano or kalimba and on the Trio’s 1969 album Another Voyage‘s track “Uhuru” was featured the first recording of Maurice playing the kalimba.[7]

In 1969, Maurice left the Trio and joined his two friends, Wade Flemons and Don Whitehead, to form a songwriting team who wrote songs for commercials in the Chicago area. The three friends got a recording contract with Capitol Records and called themselves The Salty Peppers. They had a moderate hit in the Midwest area with their single “La La Time”, but their second single, “Uh Huh Yeah”, was not as successful. Maurice then migrated from Chicago to Los Angeles, and altered the name of the band to Earth, Wind & Fire, the band’s new name reflecting the elements in White’s astrological chart.

With Maurice as the bandleader and producer of most of the band’s albums, EWF earned legendary status winning six Grammy Awards out of a staggering 14 nominations, an NAACP Hall of Fame Award, a star on the Hollywood Boulevard Walk of Fame[8] and four American Music Awards,[9] and selling over 90 million albums worldwide.[2][10] As a member of the band, Maurice was bestowed with such honors of being inducted in the Rock and Roll Hall of Fame, the Vocal Group Hall of Fame, The Songwriters Hall of Fame and The NAACP Image Awards Hall of Fame. 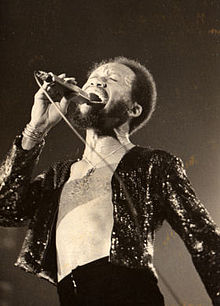 Maurice White in Munich, Germany in 1975

White was responsible for incorporating the sound of the kalimba (also known as the African thumb piano) and of a horn section – namely the Phenix Horns and Earth, Wind & Fire Horns – into the music of Earth, Wind & Fire.

Due to his diagnosis of Parkinson’s Disease in the late 1980s, White stopped touring with Earth, Wind & Fire in 1994. However, he retained executive control of the band and was still very active in the music business, producing and recording with EWF and other artists. Messages of encouragement from celebrities including Steven Tyler ofAerosmith, Boyz II Men, Smokey Robinson, Isaac Hayes, Michael Jackson, Eric Clapton and Tom Morello of Rage Against the Machine were published for White.[11]

From time to time he appeared on stage with Earth, Wind & Fire since his retirement from the road, for instance at the 2004 Grammy Awards Tribute to Funk, and alongsideAlicia Keys at Clive Davis‘ 2004 pre-Grammy awards party where they performed the band’s 1978 hit “September”.[12][13]

In 1976, White, with Charles Stepney co-produced Deniece Williams’ – a former backup vocalist for Stevie Wonder – debut album, This Is Niecy, which was released onColumbia Records. The album was the first project for the newly formed production company Kalimba Productions which was formed by Maurice White and Charles Stepney in the same year.[14] This Is Niecy rose to number 3 on the R&B charts and contained the single Free which reached number 25 on the pop charts, number 5 on the R&B charts and number 1 on the UK singles charts. This is Niecy has been certified gold in the United States by the RIAA. With the death of Charles Stepney a few months after the release of This Is Niecy White solely produced Williams second album Song Bird. Released in 1977 this album reached number 23 on the black albums chart and the single “Baby, Baby My Love’s All For You” reached number 13 and number 32 on the black and UK singles chart respectively.

Deniece later released four more albums on Columbia Records for Kalimba Productions which were 1978’s That’s What Friends Are For, 1979’s When Love Comes Calling,My Melody released in 1981 and 1982’s Niecy respectively.[15] In a 2007 interview Deniece says that “I loved working with Maurice White” and “he taught me the business of music, and planning and executing a plan and executing a show.”[14]

After Stax Records became embroiled in financial problems, the girl group the Emotions looked for a new contract and found one with Columbia Records on which their album Flowers was released in 1976. With Charles Stepney co-producing their album with Maurice Flowers was their first charting album since 1969 as it rose to number 5 on the R&B charts and has been certified gold in the US. The singles “Flowers” and “I Don’t Wanna Lose Your Love” from this album reached number 16 and number 13 on the R&B charts.

In 1978, The Emotions released their third Columbia album, Sunbeam in 1978. Sunbeam reached number 12 on the top R&B album charts and spawned the number 6 R&B single “Smile”. Sunbeam has been certified gold by the RIAA. In 1979 Earth, Wind & Fire collaborated with the Emotions for the single “Boogie Wonderland” which reached number 6 and number 2 on the Pop and R&B charts and has been certified gold for sales of over a million copies and this is so as up until the RIAA lowered the sales levels for certified singles in 1989, a Gold single equaled 1 million units sold.[16][17] The Emotions also received an American Music Award nomination for Favorite Soul/R&B Band, Duo or Group in 1979.[18] Maurice produced two more albums for the Emotions until they departed Columbia to record under Motown.

Work with other artists

Beside his work with The Emotions and Deniece Williams, White collaborated with several other famous recording artists. For instance, he played the drums on Minnie Riperton‘s debut 1970 album, Come to My Garden and contributed vocals on Weather Report’s 1978 album Mr. Gone. White has also produced for Ramsey Lewis on 1974 ‘s Sun Goddess (album), 1976’s Salongo and 1993’s Sky Islands, Jennifer Holliday on her 1983 release Feel My Soul, Barbra Streisand on her 1984 platinum album Emotion, Atlantic Starr on their platinum 1986 album All in the Name of Love and Neil Diamond on his 1986 gold album Headed for the Future. In addition he co-wrote with Barry Manilow his song “Only In Chicago,” which was included on his 1980 platinum album Barry the track Tip of My Tongue for the rock band The Tubes which appeared on their album Outside Inside and contributed vocals on Cher‘s 1987 platinum album entitled Cher.

Maurice White also produced on James Ingram’s 1993 Thom Bell inspired album Always You, notably the track Too Much For This Heart. White arranged for the British girl group Cleopatra on their 1998 albumComin’ Atcha!, which peaked at number 20 on the UK albums chart.

Maurice White was the executive producer of the group Xpression’s album Power in 2000 with San Francisco bay area producer/ vocalist and multi-instrumentalist and educator Maestro Curtis of whom White dubbed his protege’ and nicknamed Maestro “the genius” i. ,[19] Their debut album, Power, was released the same year.[20] and on March 27, 2006 White was featured on the French jazz band Nojazz‘s 2006 albumHave Fun on the tracks Nobody Else and Kool. Kool marked the first time White collaborated with his friend Stevie Wonder.[21]

White served as the executive producer of an Earth, Wind & Fire tribute album entitled Interpretations: Celebrating The Music Of Earth, Wind & Fire which was released in March 2007. Featured on the album were renowned artists some of which included Chaka Khan, Kirk Franklin and Angie Stone. From the album Dwele‘s remake of “That’s The Way Of The World” and Meshell Ndegeocello‘s cover of “Fantasy” were bothGrammy nominated for Best Urban/Alternative Performance.

White executively produced jazz musician Brian Culbertson‘s album Bringing Back The Funk which was released in 2008. The album features Maurice, former EWF member Larry Dunn, Bootsy Collins, Larry Graham, Ledisi, Musiq Soulchild, Maceo Parker and Gerald Albright to name a few. Bringing Back The Funk went to No. 1 on the Top Contemporary Jazz Charts and stayed there for two weeks. Culbertson revealed in an interview that he is “still in disbelief. I have learned so much from (Maurice) and he actually said that he learned a lot from me. It was incredible to work with him.”[22]

In 1985, White released a solo album entitled Maurice White that included a cover of Ben E. King‘s “Stand by Me,” featuring a guest appearance by jazz saxophonist Gerald Albright and the moderate hit “I Need You.” White’s version of “Stand by Me” went to number 6 on the Hot R&B/Hip-Hop Singles & Tracks and number 11 on the Adult Contemporary charts.

On the screen and the stage

White also wrote songs for the movies Coming to America and Undercover Brother. He has composed music for the television series, Life Is Wild[23] and worked with Gregory Hines‘s brother, Maurice Hines, in 2006 to release the Broadway play Hot Feet for which White and Allee Willis wrote several new songs.[24]

In the movie BAADASSSSS!, the actor Khalil Kain portrayed a young Maurice White leading the early incarnation of Earth, Wind & Fire link link. Released at the Sundance Film Festival, the film was based onMelvin Van Peebles‘ struggles to film and distribute the movie Sweet Sweetback’s Baadasssss Song. His son, Mario Van Peebles both directed the film, and also portrayed his father in the lead role.

The TV sitcom Hearts Afire used “That’s The Way Of The World” as one of its theme songs and Maurice won an ASCAP Award as one of the song’s writers.[25][26]

White has been called “an innovator” and “someone who has had a profound impact upon the music industry as a whole” by Chaka Khan and Lalah Hathaway believes that “his contribution as both a musician and a producer has been immeasurable”. White has also been cited as a main influence by artists such as Bilal and Lenny Kravitz.[27][28]

Maurice’s younger brother, Verdine, an original member of Earth, Wind & Fire, still tours with the band as its bassist and a backing vocalist.[29] Additionally, their brother Fred joined the band in 1974, when the band recorded “Devotion“. Maurice was a married father of two and owned two homes in California; one in Carmel Valley, and the other, a four level condominium in Los Angeles.[30][31]

The Grammy Awards are awarded annually by the National Academy of Recording Arts and Sciences of the United States. Maurice has received seven awards from 21 nominations and from these he has won one Grammy and been nominated four times as an individual performer.[1]