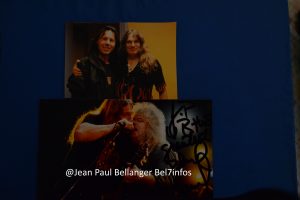 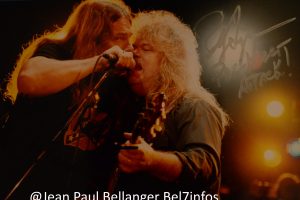 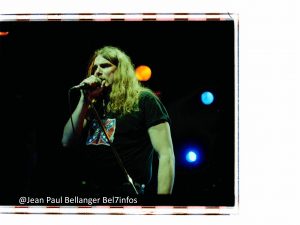 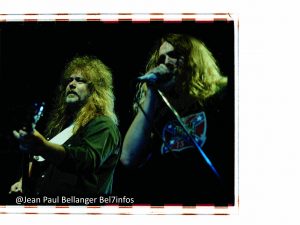 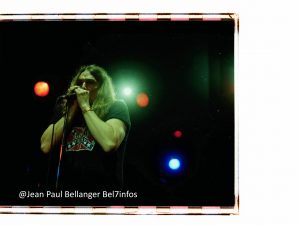 Phil McCormack stood in for Brown briefly in early 1992 and by 1993 the lineup was: Brown, Ingram, Erik Lundgren guitar, Mac Crawford (drums) and a returning Banner Thomas (bass), with Mike Kach (keyboards), who was replaced in 1994 by Andy Orth. Bryan Bassett (ex-Wild Cherry) took over as second guitarist in 1994 and Buzzy Meekins (formerly of the Outlaws) was bassist from 1994 to 1995.
During the first half of the 1990s, Molly Hatchet played selected shows and tours but didn’t record again until 1995 when they began working on a new studio album with German producer Kalle Trapp.
In April 1995, after continuing health problems, Brown had to once again leave the band and Phil McCormack (formerly of The Roaducks and Brown’s 1992 stand-in) was brought back.
During the rest of the 1990s, the band’s line-up did not feature any of the members who had performed in Molly Hatchet prior to 1984. Bobby Ingram leased, then obtained in 2000, the trademark ownership to work with the name.[7] At this point, the band consisted of vocalist Phil McCormack, guitarists Bobby Ingram and Bryan Bassett, returning keyboardist John Galvin, bassist Andy McKinney and drummer Mac Crawford. In 1998 this line-up recorded the album Silent Reign of Heroes (June 1998).