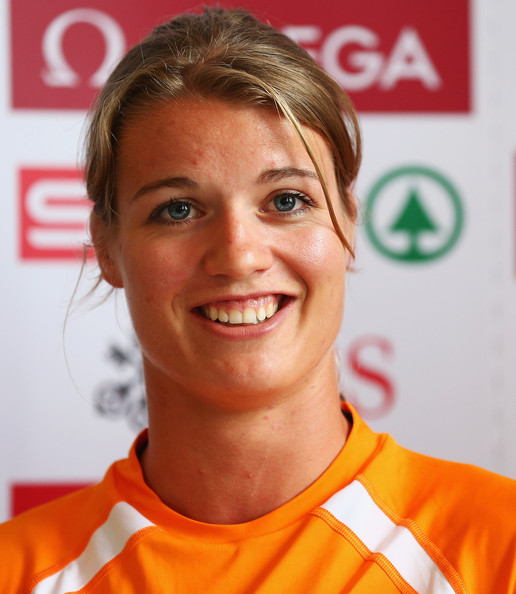 In 2011 in Daegu she broke the Dutch national record in the 200 m. She is co-record holder in the 4 × 100 m relay. She improved the 200 m record during the 2014 edition of the heptathlon at the Hypo-Meeting in Götzis, her time of 22.35 being one of the best 200m performances ever in a heptathlon.[citation needed] Her success at the 2014 European Athletics Championships, where she completed the sprint double, prompted discussion over her long-term prospects and whether she should focus on sprinting or continue her career in heptathlon.[3] In June 2015 Schippers announced via Twitter that she would focus on sprinting in the run up to the 2015 World Championships in Athletics in Beijing and the 2016 Summer Olympics in Rio de Janeiro.[4]

Schippers after winning the 60 metres in Prague in 2015