For their next two albums, Pierre-Alain Dahan became the lead vocalist on Voyage 3 (1980) and on One Step Higher (1982), and the group’s sound changed from disco to funk/pop.

Before Voyage, the four members, Pezin, Chantereau, Dahan and Mallia worked together in a band called V.I.P. Connection in 1975 with two disco songs: “Please Love Me Again” and “West Coast Drive”, songs known by the collectors or/and the amateurs of the beginning of disco music.

Between the end of 1960s until the mid 1970s, they have become experienced and requested musicians in France, Europe and worldwide, in all different style of musics, jazz with Grappelli, French chanson with Ferré, world music and jazz with Dibango, rock with Hallyday, french pop with Sardou and Delpech.

In the UK, the group had three chart singles. A double A-side, “From East To West”/”Scotch Machine” (the latter song retitled “Scots Machine” because the term “Scotch” is generally considered offensive in Scotland) reached No. 13 in 1978, while later that same year “Souvenirs” made No. 56.[2] Their last impact on the charts came in 1979 when “Let’s Fly Away” peaked at number thirty-eight.[2]

In their origin country, France, it was a success in the nightclubs of Paris, with a wide broadcasting on the French radios and a reasonable presence on television to promote their songs, they ranked only three singles, “From East To West” peaked at #20 in may 26th 1978, then “Souvenirs” peaked at No. 53 in January 12th 1979 and “Tahiti – Tahiti” peaked at No. 43 on May 5, 1979.[3] However, the four musicians have failed to create the same success in the United States in their french record sales. In spite of the quality of their albums, they did not chart their songs, “I Don’t Want To Fall In Love Again” in 1980 or “Let’s Get Started” in 1982. The four musicians kept on to make albums with a sound more funky than disco, disco music fallen into disuse in the meantime, a musical production always well developed, musically well structured, giving up the concept of the beginning (1977-1978) with all the musics of different places in the world and while keeping the Shakespeare’s language, which is the means of communication most effective in the world to express for the largest number of people their music during the last two albums, a French production similar with the best American musical production.

After Voyage, all the members continued to work discreetly as solo musicians recording studio in France for many French singers, Françoise Hardy, Alain Chamfort, Mylène Farmer, Guesch Patti, Jean-Louis Murat and more, always in different style of music or in the writing, the arrangements and the productions, for example Slim worked for the french movie soundtrack called Betty Blue in 1986 or he was the producer of a French hit “Caressé Mwen” sung by Marijosé Alie in 1987. Sauveur Mallia worked for several musics movies soundtracks like Moonstruck with Cher in 1987, Breakfast of Champions with Bruce Willis in 1999 and many more projects, ditto for Chantereau and Dahan with several musical projects. 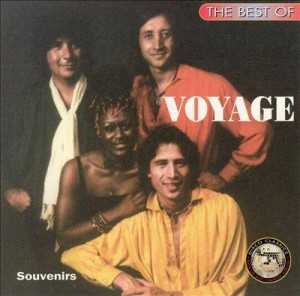 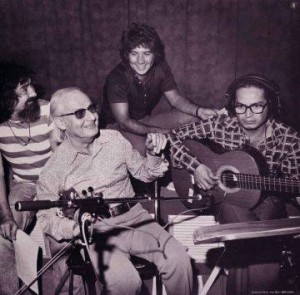