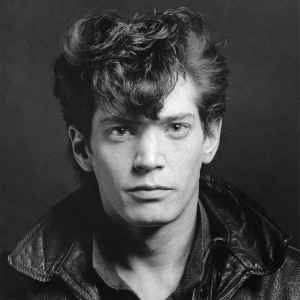 From Saturday 22 April the Kunsthal Rotterdam will present a large-scale retrospective of the life and work of Robert Mapplethorpe (1946-1989), one of the most influential artists and photographers of the 20th century. The exhibition offers an impressive survey of his career, from the collages and polaroids in the late 1960s and 1970s to the iconic images and masterly compositions that made him famous. More than 200 objects throw new light on his preferred genres: portraiture, self-portraiture, the nude, and still life.

The Kunsthal is delighted to be the only European venue to present this special exhibition, organised by the Los Angeles County Museum of Art and the J. Paul Getty Museum in collaboration with the Robert Mapplethorpe Foundation. For more information about the exhibition please see the first press release.

The exhibition will be opened by choreographer Hans van Manen, with an introduction by Britt Salvesen, curator of the Los Angeles County Museum of Art. The press is welcome to attend the opening. Accreditation is mandatory, please send an email to communication@kunsthal.nl

During the opening weekend of ‘Robert Mapplethorpe, a perfectionist’ there are special tours of the exhibition. Registration viareserveren@kunsthal.nl. The tour is free of charge upon display of a valid Kunsthal admission ticket (and with your booking confirmation for the special tour). The Museumkaart and Rotterdampas are also valid. Kunsthal Friends are first in line.

In cooperation with the Willem de Kooning Academy, the Kunsthal organises a Masterclass by Erwin Olaf, exclusively for students. More information will soon be available on www.kunsthal.nl

On Saturday 24 June, the Kunsthal is organising a Naked Tour of the exhibition. Visitors can experience an exceptional guided tour, undressed, of Robert Mapplethorpe’s photography. The human body forms the main focus in a large part of Mapplethorpe’s work. He is unrivalled in recording the naked body sculpturally in photography. Following the Montreal Museum of Fine Arts in Canada, where the exhibition was presented earlier this year, the Kunsthal is offering the public an extra experience with this guided tour. Further information about the programme, tickets and how to book will follow shortly at www.kunsthal.nl