I have a new CD “Forces of Nature” now 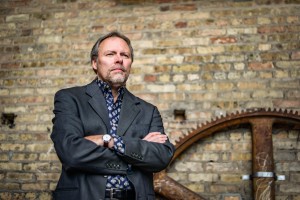 Écrivez un message…
It is my great pleasure to announce my new CD will be available in two weeks. I am accepting pre orders now. It is an 11 song work designed in an attractive digipak. A new RodKinny.com website will be ready soon as well.
it is $14.00 plus $5.00 shipping for USA. $9.00 shipping for Canada & Mexico. $16.00 shipping for the rest of the world. (I’m sorry it’s so steep)
Other options will be CDBaby.com & other sites as well. And of course plenty available for digital download. Please reply to this email with your order or any questions you may have.
Warm Regards,
Rod Kinny
I have for you my Indiegogo funding for a new CD page to check out. I’ve included a short video and the link to the campaign itself. If you have any questions or comments please don’t hesitate to contact me. Thank you my friends, Rod
https://www.youtube.com/watch?v=fEIzemu2WYM    http://igg.me/at/newcdbyrodkinny

My Dear Friends, I was in the studio yesterday working on new material. I recorded with a fretless bass for the first time on a new song & ended up with wonderful results.

I also laid down a demo for what will be the #10 track or last song on the CD. I plan to begin a fundraising campaign to finance this new project in late spring as I plan another session within a couple of months to complete the basic tracks.

Your support is essential as I embark again to make a truly great record. I have some great songs to present although like I’ve stated, YOUR SUPPORT IS ESSENTIAL! I will have more updates soon. I deeply appreciate all the support!