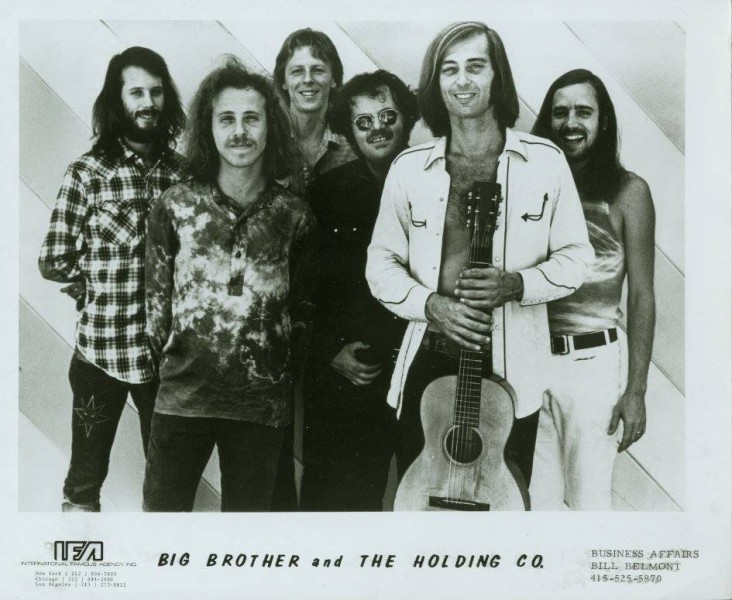 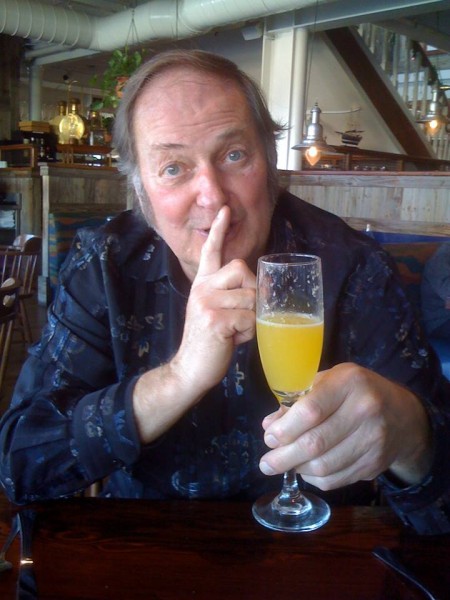 It’s with a tremendously saddened heart that we are announcing the passing of Sam Andrew, Sam was lead guitar for Big Brother and the Holding Company, he was and is a very special man, loved by many Worldwide, you all will be getting more information on this wonderful man in the weeks following. This Artista event that is happening on Sunday the 15th of Feb was a Benefit for Shannon Cinnamon McCloud but we are going to make it a special Memorial benefit for Sam and his Wife, Elise, as well. I just got off the Phone with Barry Melton, Barry mentioned that there are only a few guitar players that developed the San Francisco psychedelic Sound from the 60’s, and Sam was one of them, they are now becoming an endangered species, never to be replaced, Barry and my hearts are broken.

Sam Houston Andrew III (December 18, 1941 – February 12, 2015) was an American musician, singer, songwriter,composer, artist and founding member and guitarist of Big Brother and the Holding Company.[1][2][3] During his career as musician and composer, Andrew had three platinum albums and two hit singles. His songs have been used in numerous major motion picture soundtracks and documentaries.

As the son of a military father, Andrew moved a great deal as a child. He developed a skill for music at a very early age. By the time he was fifteen living in Okinawa, he already had his own band, called the “Cool Notes”, and his own weekly TV show, an Okinawan version of American Bandstand. His early influences were Chuck Berry, Bo Diddley, and Little Richard. He also listened to a great deal of Delta blues. His brother Leland Andrew frequently stated his brother was the Benny Goodman of Japan.

Shortly after he graduated from high school, his father was transferred to Hamilton Air Force Base in northern California. It was during this period that he started attending classes at the University of San Francisco, becoming involved with the San Francisco folk music scene of the early 1960s. However it was not until he returned from a two-year stay in Paris that he met Peter Albin at 1090 Page Street.

As Big Brother and the Holding Company began to gel, Andrew brought many songs into the band. He has been a prolific songwriter all of his life, penning his first tune at the age of six. Of his early compositions, “Call on Me” and “Combination of the Two” have been two of Big Brother’s most enduring classic tracks. Andrew continues today in his original role as musical director of the band.

Janis Joplin was recruited by band manager Chet Helms to join Big Brother as lead singer on June 4, 1966. They soon landed a record contract, issuing their first album on Mainstream and their second – a top seller – on Columbia Records.

Andrew and original band mate James Gurley were known for their searing, psychedelic guitar work. In February 1997, Guitar Player magazine listed Andrew’s and Gurley’s work on “Summertime” as one of the top ten psychedelic solos in music history. On September 11, 2001, Andrew was to be presented with a High Timesmagazine Life Time Achievement award. That day his flight to New York City was canceled, and instead he received the award the next year.

In December 1968, Andrew and Joplin left Big Brother and the Holding Company to form the Kozmic Blues Band. After about nine months and one album, I Got Dem Ol’ Kozmic Blues Again Mama!, Andrew returned to Big Brother.

After Big Brother stopped performing in 1972, he moved to New York City, where he studied harmony and counterpoint at the New School for Social Research and composition at Mannes School of Music. During this period he also scored several films in the US and Canada as well as writing two string quartets and a symphony. He remained in New York City for eight years before returning to San Francisco, where he began playing clarinet and saxophone. Big Brother and the Holding Company reunited in 1987.

During the 1990s, in addition to touring with Big Brother, Andrew was involved with his solo project, The Sam Andrew Ban. It toured across North America, and the spoken word quartet Theatre of Light, that featured The Vagabond Poet, Tony Seldin, keyboardist Tom Constanten and harpist-pianist Elise Piliwale.

Andrew was also Music Director of the musical Love, Janis, based on the life of Janis Joplin, written and directed by Randal Myler and based on the book by Laura Joplin of the same name.

Andrew performed at the 40th Anniversary of Woodstock Concert on August 15, 2009 at Bethel Woods, New York.

Andrew lived in northern California with his wife Elise Piliwale. He had one daughter, Mari Andrew, from his marriage to Suzanne Thorson.

Andrew died on February 12, 2015, following complications from open-heart surgery due to a heart attack suffered ten weeks prior.[4]