Some are openly speculating as to whether or not there will be a backlash to the release of the new film, “Django Unchained” as a result of the recent killings at Sandy Hook Elementary School in Newtown, Connecticut.  One reason that some think there could be a public backlash is because one of the film’s stars, Samuel L. Jackson, feels that gun control is not necessary, in spite of what happened to those kids.

“I don’t think it’s about more gun control,” Jackson said in an interview with the Los Angeles Times. “I grew up in the South with guns everywhere and we never shot anyone. This [shooting] is about people who aren’t taught the value of life.”

Jackson seems to believe that with good parents teaching their kids not to go out and kill people, it doesn’t matter if there are assault weapons available on on living room mantle. 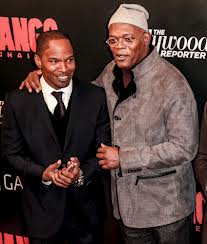