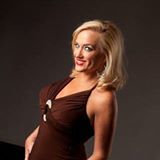 Minneapolis, MN-based rockers Sleep Signals have announced their album, At the End of the World, produced by Justin Rimer (Saving Abel, 12 Stones) will release on September 8, 2017 to all digital outlets. In support of the release the band will return to the road on ‘The Autumn Rebellion Tour’ with special guests The Scars Heal in Time. The tour is presented by Suros Wireless and sponsored nationally by Rockabilia.com, Rock Rage Radio, and Kush Kills Clothing. The tour will kick off September 7, 2017 in Butte, MT at Staggering Ox and concludes October 1st in Mankato, MN at What’s Up Lounge.

Tickets and VIP available at www.sleepsignals.net