Get the SteelHeart Live “Rock’n Milan” CD+DVD + Bonus Track. Signed By Miljenko only from the STEELHEART Store an we will send you a bonus download song. Ships on December 7, 2018.
http://www.steelheartstore.com/STEELHEART-Rockn-Milan-CDDVD… 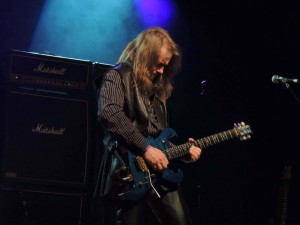 Steelheart’s second album, “Tangled In Reins”, was released in 1992,[4] reaching No. 144 on the Billboard charts. The single “Mama Don’t You Cry” charted No. 1 in many East Asian Countries,[citation needed] including Hong Kong, leading to an Asian tour in September, 1992. Towards the end of their tour of Asia, Steelheart was asked by Slaughter to open for them at a show in Denver, Colorado[5] on Halloween night, 1992. During the performance Matijevic was struck in the head by a lighting truss, knocking him to the ground face first and injuring his skull, jaw, nose, and spine.[6]The accident and the shifting musical climate cause the band to go on hiatus shortly thereafter.

in 1996 a revamped lineup of Steelheart emerged with guitarist Kenny Kanowski, bassist Vincent Mele and drummer Alex Makarovich, leaving Matijevic the only original member.[7][8] The new Steelheart recorded and released the album “Wait”. Original member James Ward joined Steelheart on the tour supporting the album. Though the album failed to chart in the US, the track “We All Die Young” was featured in the motion picture, Rock Star, starring Mark Wahlberg.

In 2016 Steelheart appeared at the three-day Rockingham 2016 melodic/hard rock festival, held in Nottingham, United Kingdom on Saturday, October 22, as the headline act of the second day.[9] Reviews of the band’s performance were mixed. [10] On August 1, 2017 the band released the music video for “You Got Me Twisted.” The video was produced by Matijevic and juxtaposes the lead singer with a few “twisted” scenes of him and a stunning blonde.