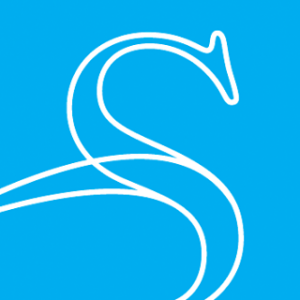 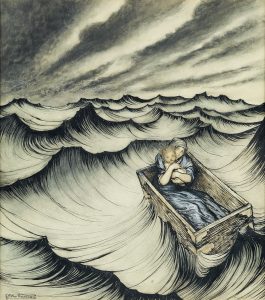 This striking painting by Arthur Rackham is the original artwork for one of 16 colour plates created for Nathaniel Hawthorne’s 1851 work A Wonder Book, when it was republished in 1922.

Depicting Danaë and the Infant Perseus, it illustrates The Gorgon’s Head, one of the Greek myths retold by Hawthorne in the book.

Rackham, one of the most sought-after book illustrators among collectors, also contributed monochromatic illustrations and part-coloured block images influenced by the Meiji era Japanese woodblocks to Hawthorne’s book, and this body of work is considered to be among his most notable achievements.

A typical work, in watercolour, ink and wash, it will appear in Swann Auction Galleries’ Illustration Art sale on June 5. The estimate is $10,000 to $15,000.

Other highlights in the sale include works by Aubrey Beardsley, the cartoonist Charles Schulz and iconic cover designs for the New Yorker magazine.

Swann Auction Galleries is a third-generation family business as well as the world’s largest auction house for works on paper. In the last 75 years, Swann has repeatedly revolutionized the trade with such innovations as the first U.S. auction dedicated to photographs and the world’s only department of African-American Fine Art. More than 30 auctions and previews are held annually in Swann Galleries’ two-floor exhibition space in Midtown Manhattan, and online worldwide. Visit swanngalleries.com for more information.