Mabon Lewis “Teenie” Hodges (June 3, 1946 – June 22, 2014) was a Memphis, Tennessee musician, best known for his work as rhythm and lead guitarist and songwriter on many of Al Green‘s popular soul hits, and those of other arquittétists such as Ann Peebles and Syl Johnson, on Hi Records in the 1970s. 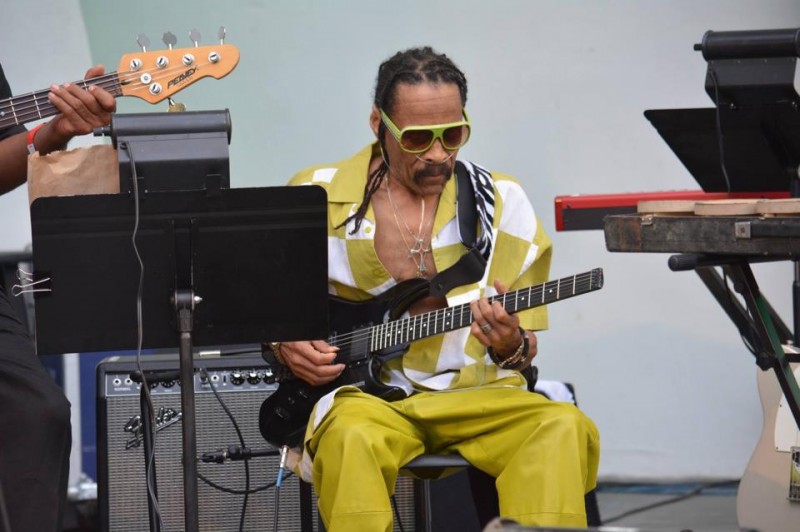 Born in Germantown, Tennessee, Hodges began playing guitar at age 12 in his father’s band, the Germantown Blue Dots, before joining his brothers Leroy and Charles in their group, the Impalas.[1] He was encouraged by local band leader and record producer Willie Mitchell. Mitchell used Hodges as a central component of the Hi Rhythm Section, which also included Leroy, Charles, drummer Al Jackson, and pianist Archie Turner, Mitchell’s stepson.[2] When Jackson left in 1966, Hodges recruited Howard Grimes to replace him.[1]

Two of his compositions “Take Me to the River” and “Love and Happiness,” both co-written with Green, have been covered by numerous other international artists, including Al Jarreau, Amazing Rhythm Aces, Talking Heads, O.V. Wright, David Sanborn, Toots & the Maytals, Canned Heat, Foghat, Levon Helm, Syl Johnson, Annie Lennox, Delbert McClinton, Mitch Ryder, Tom Jones, Graham Central Station, Living Colour, blues artist Willie Cobbs, Denise LaSalle, and others. He also co-wrote several other popular hits with songwriters like Isaac Hayes, Willie Mitchell, and Al Green, including “I Take What I Want,” “Oh Me, Oh My,” “Here I Am (Come and Take Me)” and “Full of Fire.”

Hodges continued to record and tour as guitarist in the Hi Rhythm Section, often with major soul acts like Syl Johnson and O.V. Wright. The Hodges brothers, with Grimes, recorded the 1976 LP On the Loose, as Hi Rhythm, and in 1994 issued Perfect Gentlemen. They also recorded comeback albums with both Syl Johnson and Al Green. In 2005 Teenie Hodges recorded with Cat Power on her successful album The Greatest.[3] He has also recorded with Alvin “Youngblood” Hart.

In March 2014, Hodges was taken to a Dallas hospital for pneumonia, following an appearance at Austin’s South by Southwest music festival. He died there on June 22, 2014, from complications of emphysema. He was 68.[5]