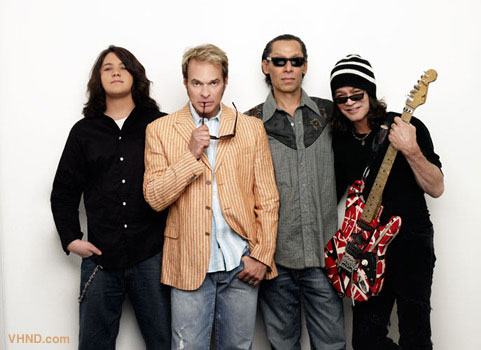 Van Halen is rumored to be making a “special live announcement” at the Grammy Nominations Concert Live in Los Angeles. The 54th annual Grammy Awards’ nominations will be announced on Wednesday, November 30, at 10 p.m. live from Nokia Theatre L.A. Live, and will be broadcast by the CBS network.

Toward the end of yesterday’s (Thursday, November 3) press release from The Recording Academy, which produces the Grammy Awards, it was revealed that the Grammy Nominations Concert Live will feature “a special, live announcement from an iconic group regarding their historic band reunion set to take place” on the Grammy stage on February 12, 2012. This was followed up by a tweet from the official Grammys Twitter account which read: “Who do u predict the reuniting band will be @ #GRAMMYnoms? Does this hint make u wanna ‘Jump’ & ‘Dance the Night Away’?”

Grammy Nominations Concert Live will once again be hosted by the two-time Grammy winner and producer of the show LL Cool J.

The 54th annual Grammy Awards will be broadcast live on the CBS television network at Staples Center in Los Angeles on Sunday, February 12, 2012 at 8 p.m.

Producer Ross Hogarth spoke with Ultimate-Guitar.com about the work he did on the project, saying, “The whole VAN HALEN record has been recorded and we’re all excited. I’m really stoked about it, as it is the original band, Eddie and Alex with Wolf [Eddie’s son] playing bass, and David Lee Roth singing, it’s the killing side of VAN HALEN at the top of their game again with Diamond Dave, and the band on fire.”