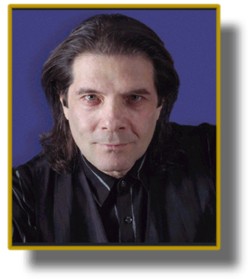 Angel belongs to that small but select group of soul singers who value the great American soul and R&B traditions while keeping their special musical language crisp and fresh. In an age dominated by artifice and empty gesture, this native New Yorker sings directly from the heart in the easeful manner of someone with an intimate understanding of the word “soulfulness.” Angel has a special affinity for time-honored material from black vocal groups, cuts right to the emotional core, and his songs pulsate with the joy of rediscovery.

With his deeply resonant voice dipping, swooping and vaulting ever so purposefully, he adopted the name “Little Leopold” to sing lead on Little Isadore & the Inquisitors’ smash single “Harlem Hit Parade.” From 1999 to 2007, Angel was a member of the acclaimed vocal group, Kenny Vance and The Planotones.

Over the years, he has kept busy in soul, R&B and rock circles as well as in the Beach Music scene down the coast, where he’s known as “The Bronx Bomber of Soul.” He was lead singer for the Florida-based band, Kollektion, and made an album as part of the critically acclaimed group, Diamond, Angel and Crooks. He also fronted the GC Dangerous band with original Rascal Gene Cornish on guitar.

Born to sing, Angel first appeared in vocal groups at the age of 12. A couple of years later, in the 1970s, he joined his first band, the Soul Masters, as a bass player. During those years, young Angel absorbed the sounds of soul, doo-wop, jump blues, straight-out R&B, vocal jazz, and high-grade pop that he heard on records and radio. He has forged his own distinctive style from an amazing array of influences: doo-wop’s Nolan Strong, jazz baritone balladeers Arthur Prysock and Billy Eckstine, estimable “Soul Clan” member Don Covay, The Moonglow’s legendary Harvey Fuqua, soul giant Howard Tate, and the “blue-eyed soul” Young Rascals’ Felix Cavaliere.

An electrifying performer, his is a strong voice – in volume, in body, and in range – and Angel seizes listeners’ attention with his controlled passion. His albums, Nu Soul Stew (2008) and Where Have You Been? (2005), received major radio airplay across the country and beyond – Internet, college, Triple-A format, satellite, and terrestrial. A favorite performer of soul enthusiasts on the busy Carolina Beach scene, in 2008, Angel won the prestigious National Association of Rhythm & Blues DJs’s “Blue Note Award” for his singing, producing, and arranging on Nu Soul Stew. In fact, the album track “Boogie Down Bronx” was singled out by leading DJs from around the country as one of their Top Ten songs for that year. Also, Nu Soul Stew was warmly received by hard-to-please critics at DownBeat Magazine, All Music.com, Blues Review Magazine, and at media outlets in the UK, Spain, Poland, and elsewhere.

At the 2006 Carolina Beach Awards, Where Have You Been? was nominated for “Best Solo Album of the Year” and singled out as “one of the best R&B records of the year” by soul-jazz producer Bob Porter, DJ at WBGO-Newark. In addition, the album track, “I Want a Love I Can See,” was nominated for 2006’s “National Dance/Shag Song” at the Carolina Beach Awards. The-soul-blues tune, “Where Have You Been? – written by Angel and the late Richard Borkan – delights with Angel’s bluesy harmonica, Johnny Gale’s guitar, the forceful-but-unobtrusive rhythm section, and effectively deployed horns.

Angel benefits from the musical support of the best players and backup singers in New York City. He has been well-served, too, by Johnny Gale’s producing and arranging on the Where Have You Been? album and by Seth Glassman’s steady hand as co-producer, engineer, and mixer on Nu Soul Stew.