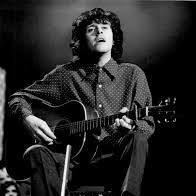 Atlantis 1983
A slideshow inspired by Donovan’s “Atlantis” and Jimi Hendrix’s “1983 (A Merman I Should Turn To Be). Audio from Donovan’s performance of Atlantis and The Al…

This is kind of an extended sequel to my “Epistle to Dippy” diary and slideshow, and you’ll notice a few of the same photos (most obviously those of the Maharishi, Donovan, and The Beatles, but also of Donovan and Hendrix). My original thought was to make a slideshow that at least aspired to be a kind of pure aesthetic experience, a series of beautiful images set to Donovan’s incredibly catchy chorus and Hendrix’s brilliant guitar riffs, all framed by a rather vague Atlantis narrative (which I have never the taken that seriously, except as a kind of fable in Plato’s Timaeus). I think it ended up being rather more than that–almost the audio-visual equivalent of a metaphysical poem, although there are some fairly clear themes (the trascendence of art, the desire for escape from the horrors of the world, and of course transformation) running through it. The very conscious way it interweaves what we might call the oceanic and the cosmic is my attempt (I hope partly successful) to bring some very disparate things in relation to one another and at least point towards (although not really explain) some kind of ultimate meaning (I’m sort of playing with Boethian and neoPlatonic ideas, but not in any kind of rigorous way). However, if you just want to appreciate it as a kind of trippy music video, that’s okay too, and that really was pretty close to my original intention.

The Donovan audio track is from what must be the introduction to The Smothers Brothers Comedy Hour. The track cuts out rather abruptly because a voice over comes in telling you who is going to be on the show that night (if you listen carefully, you can just hear him say the beginning of Mort Sahl’s name, who obviously got top billing that night). Frankly, I like this version better than the original single, which I always thought was a bit overproduced. I find the simplicity and clarity of this version remarkably moving. I’m not sure if I have a good reason for using The Allman Brothers version of “1983,” other than that I really liked it (what it lacks in smoothness, it makes up for with a kind of crunchy power), and that I was a little leery of getting involved in the kind of copyright problems that have long plagued the legally entangled Hendrix’s estate (they may have been resolved now, I didn’t really continue pursuing it after stumbling upon The Allman’s version). A few people (not that I expect that many to see it), will notice I’m trying some new things here: Formal titles at the beginning and end, with introductory and concluding sound effects, and even scrolling credits, as well as two video excerpts, one oceanic and one cosmic.