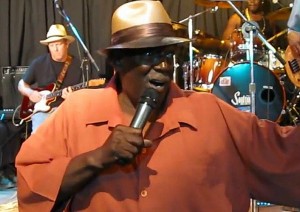 Burying my dad. Sharing his memory with facebook. RIP

Big Charles Young died last week after an extended illness. KERA’s Jerome Weeks reports about the man who was dubbed ‘the boss of the South Dallas blues singers.’

If you’d ever met him, you know: Big Charles Young was big. The Dallas native worked as a doorman and bouncer at R. L Griffith’s nightclub, the Blues Palace Number 2 near Fair Park. But for a bouncer, Young was a friendly character – who often happily joined the band to belt out some blues with his big, deep, gravelly voice. The Little Milton number, “His Old Lady and My Old Lady,” was a favorite.

In 2009, Young suffered a pancreatic attack, but he recovered and returned to the Blues Palace, even working there as the house photographer. That same year, in an interview with KERA, Young said he’d first encountered the blues when he was 11 or 12. Friends took him to Grand Prairie to see Dallas bluesman and bandleader Willie Willis. But Young’s grandmother, who raised him, wouldn’t let him play or sing such music. 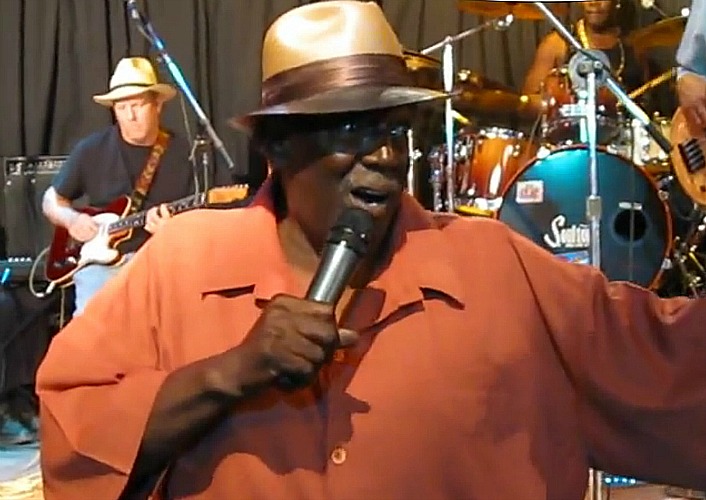 “My grandmother didn’t allow what she called ‘devil music,’ in her house. So I had to wait until I got grown and got away from the house to start singing the blues,” he said, breaking into a laugh.

So Young came late to singing the blues. In fact, it wasn’t until the late 1990s that friends coaxed him up onstage. In 2008, R. L. Griffith produced Young’s first recording, “His Old Lady.” Young also had numbers appear in anthologies of Southern soul — including “The Big Charles Swing,” — and there a number of (generally poor quality) YouTube videos of him doing covers of Johnnie Taylor’s “Still Called the Blues” and B. B. King’s “Never Make Your Move Too Soon.”

But Young’s health never really permitted him to tour much. In later years, he had to lean on the edge of the stage or sit on a chair to sing — although he’d always shake his hips during “The Big Charles Swing” (especially for the lines, “You all want to see Big Charles move what he got? Just watch me move all of this”).

Last week, Big Charles Young died at his home under hospice care. He was 69. A wake will be held for him Friday at 7 pm at the Golden Gate Funeral Home. And Saturday at 1 pm, there’ll be a going home service at the Church of Christ at 3220 Park Row Avenue.