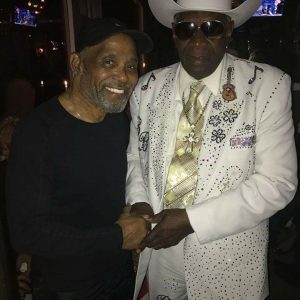 Bishop Bullwinkle is a pastor and singer who attracted a huge amount of attention due to a YouTube video that went viral. The song was “Hell 2 Da Naw Naw“.

Bishop Bullwinkle’s real name is Bernard Thomas. The Bullwinkle part of his name came from a childhood nickname. While in school, a classmate of his wrote on the bulletin board, “Bernard Thomas is funny like Bullwinkle the moose”.[1]He is based in Florida.[2] He is managed by Darrell Underwood.[3]

Bullwinkle has attracted mixed reactions for his video and song. The song is about the hypocrisy of some preachers and parishoners.[9]