For those of you that missed this….. a great job on drums by Bradley and Kyle Crump in honor of their father. Also by Steve Wheeler (guitar), Tim McGowan (Keyboard), Billy Nail (bass) Joey McLain (lead vocals) and Banner Thomas (bass)…… also in attendance were Steve Holland and Dave Hlubek. RIP Drummer Bruce Crump and singer Joey McLain.

Bruce Crump’s Celebration of Life – Song 2
Bruce Crump’s sons Bradley & Kyle Crump step behind their father’s drums to pay Tribute to their Father with Bruce’s bandmates from White Rhino on the song “…
YOUTUBE.COM 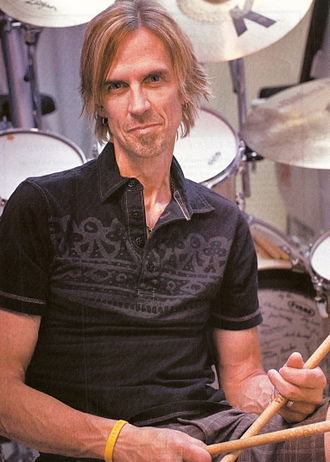 We Are MOURNING The LOSS Of A GREAT FRIEND & TALENTED MUSICIAN!! The LORD Called Home Our Brother and Bandmate, BRUCE CRUMP, Today Monday, March 16, 2015. This Is A GREAT Loss. Our Prayers Go Out To ALL The Family & Friends Of Our Buddy Bruce!! REST IN PEACE BRUCE!! WE WILL ALWAY LOVE & REMEMBER YOU!!

Death- March 16th, 2015 Bruce Crump (born July 17, 1957 in Memphis, Tennessee) was the original drummer with the rock band Molly Hatchet from 1976-1983 and 1984-1991. He also played as a member of Canadian band Streetheart in the early 80’s, and appeared on their Live After Dark recording. Crump is also the great-grandson of politician E.H. Crumpof Memphis.