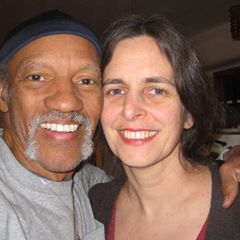 In Memoriam: Charles Neville
Saxophonist Charles Neville has passed away at the age of 79. He was born December 28, 1938 in New Orleans. Charles was an important player in New…
Partager
WWOZ.ORG

Keith Spera think so much

Keith Spera writes about music, culture and his kids.Neville Brothers saxophonist Charles Neville died Thursday of pancreatic cancer in Massachusetts, where he had lived for many years. He was 79.

His brother Aaron Neville confirmed his death to WWL-TV.

Neville’s evocative saxophone supplied one of the band’s sonic signatures. It snaked through the title track of the classic 1989 album “Yellow Moon” and the song “Healing Chant.” “Healing Chant” won a Grammy for best pop instrumental performance, the Neville Brothers’ only Grammy win.

In addition to his own considerable musical contributions, Neville was the father of singer Charmaine Neville, a familiar presence on local stages.

Born and raised in New Orleans, Charles grew up on Valence Street and in the Calliope housing development. In the 1950s, he toured with bands that backed such rhythm & blues stars as Johnny Ace, Jimmy Reed and B.B. King.

He enlisted in the Navy in 1956 and was stationed in Memphis, Tennessee.

“I was really bummed out until I found Beale Street,” he said in an August 2017 interview with Gwen Thompkins, host of “Music Inside Out,” which airs locally on WWNO-FM.

He joined singer Larry Williams’ band, but his music career was soon sidelined. As he described it in “The Brothers,” the Neville Brothers’ 2000 autobiographical oral history, he fell into a life of crime and addiction; he fought alternating cycles of heroin and methadone for two decades.

In the early 1960s, he served time at the Louisiana State Penitentiary at Angola for possession of marijuana. He rehearsed in the prison’s music room, collaborating with other incarcerated New Orleans musicians, including pianist James Booker and drummer James Black.

He moved to New York in the late 1960s, gigging with various artists. He finally returned to New Orleans at the behest of his uncle, George Landry, also known as Big Chief Jolly of the Wild Tchoupitoulas tribe of Mardi Gras Indians.

Landry brought his nephews Charles, Aaron, Art and Cyril together to join him on the recording sessions for the 1976 album “The Wild Tchoupitoulas.”

That collaboration gave birth to the Neville Brothers. Intermingling funk, soul and New Orleans rhythm & blues, they achieved international acclaim in the 1980s, touring all over the world and releasing albums on major labels.

Neville finally shook his addiction in 1986 via an intensive program in Eugene, Oregon. A strict vegetarian and adherent of various Eastern spiritual philosophies, he told Thompkins that he brought a “calming, centering energy” to the Neville Brothers.

Charles also led his own jazz combos, which performed at Snug Harbor whenever he was in town.

After the Neville Brothers disbanded in 2012, he continued to tour as a member of Aaron Neville’s solo band. He was onstage when Aaron made his French Quarter Festival debut in 2017. Charles performed with Dr. John’s band during last year’s Jazz Fest.

He had moved to rural Massachusetts in the 1990s; his wife Kristin’s parents gave the couple land on which to build a house. He was also eager to get away from crime in New Orleans. In Massachusetts, he performed with his sons Talyn and Khalif as the New England Nevilles.

He was slated to take part in the Neville Family Groove, a celebration of the Nevilles’ legacy at Tipitina’s in November 2017. However, he was hospitalized at the time, battling cancer, and would never recover.

On Thursday, Aaron posted a tribute to Charles on Facebook. It read in part: “Just want you to know that if I would’ve had the choice of picking my brothers, I would definitely choose you… You’ll always be in my heart and soul, like a tattoo. You helped to mold me into who I am today and I’ll always be thankful. I’ll always see your special infectious smile on the stage next to me, it would always give me a smile.”