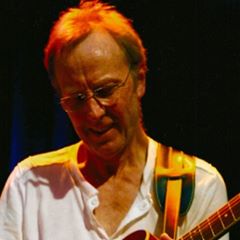 The European leg of JCM’s tour “In Memory of Jon Hiseman” was highly successful and we’ve just announced some UK dates for September. We hope to see all our UK fans out in force!

CM featuring guitarist Clem Clempson, Mark Clarke on bass and Ralph Salmins on drums have announced a European Tour for Spring 2019 ✨”In Memory of Jon Hiseman”✨ which kicks off soon after their appearance at the eagerly awaited “Tribute to Jon Hiseman” concert at O2 Shepherds Bush Empire on 2nd February. “…he left a huge void in the lives of family, friends, fellow musicians and all those he had met and inspired during a lifetime of dedication to music.” [ 60 more words ]
http://www.clemclempson.com/jcm-announces-tour-in-memory-o…/

CLEMCLEMPSON.COM
JCM Announces Tour “In Memory of Jon Hiseman” for 2019