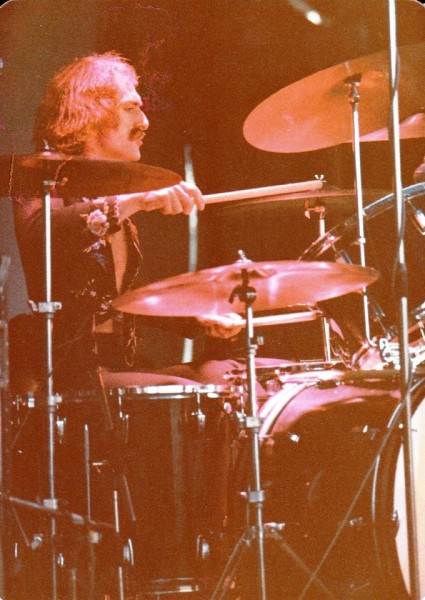 Cliff Davies (RIP), when Cliff joined the band in ’75, he had just come out of the English progressive jazz band “IF”. He was an amazing and talented player. He also played piano, vibes, sang and could score music. Of course joining a Detroit based rock band was a bit “American” for him and he always reminded us of his English upbringing. Get him some Chivas Regal and the road stories would flow and he’d soon be pouring it on the bar top and setting it on fire, just to show us Americans that the British drank liquor that you could start your car with. It was on one of these occasions that young Rob and young Derek decided to convince Mr. Davies that “he played a bit too light and too much like a jazz player” and he needed to play more like John Bonham. Then he told us (maybe it was the Chivas) he knew Bonham back in London and they would hang out at The Speak Easy. From that night forward, he grabbed some heavier drum sticks and commenced to amaze us with his heavier drumming.