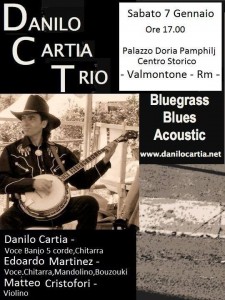 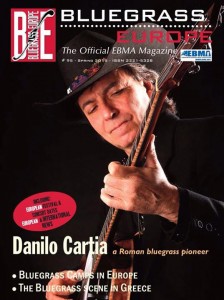 Since the end of the Seventies he has been devoted to traditional American music and among the ones who first to introduce Bluegrass music in Italy.

The well known “Folkstudio” of Giancarlo Cesaroni, the cradle of ethnic and traditional music in Rome, was the springboard for Danilo’s long career in music.

He performed all over Europe, at the 1st and 2nd Countryfest Internacional Mexico and played five concerts in Russia.

He collaborated with various musicians in the making of their albums, including one with David Rodriguez, a great Texas singer-songwriter, with whom he recorded “Racing Aimless” (released in 2012).

He is the organizer of the “Rome Bluegrass Jam”, an important point of reference for cultural and musical diffusion for the fans of this genre.

He is also the organizer of the Italian Bluegrass Meeting, yearly held in Sarzana during the famous “Acoustic Guitar Meeting”.