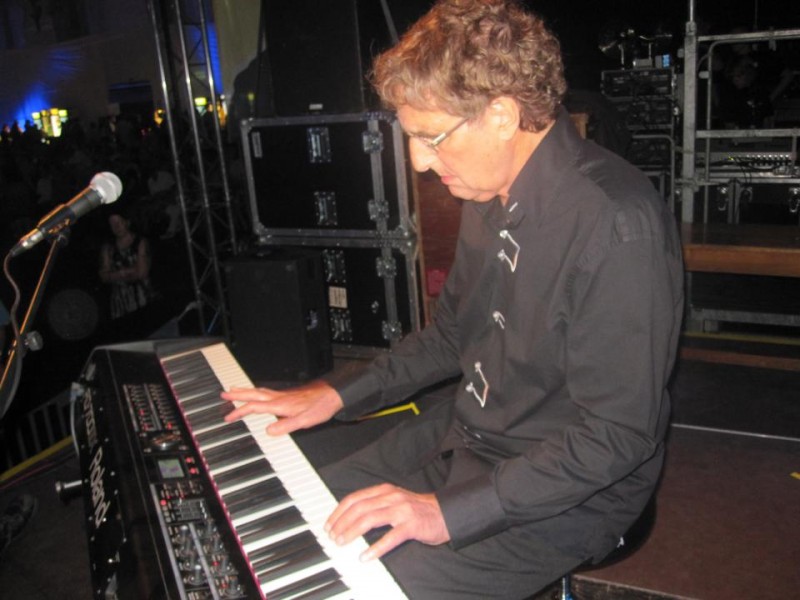 I woke up this morning to the horrible news that David Maxwell has passed away. Recently, we had seen each other and played Blues together more than usual. We exchanged e-mails just a month ago and he asked me to send him a video I made of him playing last Summer. I’m stunned, I don’t know what to do with this grief and shock. But I want to post this photo I took of David in Finland in 2011, and share some of my personal feelings with those who loved David’s music and were his friends.

When I first heard him play piano, the word “genius” — in the exact way it was applied to Ray Charles — was my impression of David. In 1972, David and I went to The Jazz Workshop in Boston to see Freddie King. David was not shy about asking Freddie if he could sit in and Freddie invited him and David impressed him so much that Freddie hired him. In the 1970s, David later played with Bonnie Raitt and James Cotton. For more than 40 more years after, David played Blues piano at the highest level on his own shows and performing with many of our greatest players. He thrilled us with his music — thousands of songs and ovations, times when nothing mattered but the next phrase David was going to play, a gift to the world that shows us some of the highest accomplishment a human can achieve.

It would certainly be enough to consider his ultimate Blues piano playing as his legacy, but David Maxwell the man was much more. Blues piano was only one of his pursuits — he was a virtuoso who also applied himself to Classical, Jazz from the most traditional to outside avant-guard, and exotic World music. He explored the Earth as an adventurer rather than a tourist, was well-read and well-spoken. I suspect that his pure intellect is way beyond my own ability to comprehend it’s depth and breadth. No doubt he had friends in many worlds who didn’t even know about each other’s pursuits. He was kind to the young musicians who idolized him.

He had his demons who lived inside of him, tenants with his abundant Soul and supreme Musical Talent, and creativity. Both his humanity and super-human transcendence were in his music and his social company. He had a clever and twisted sense of humor that wrapped the dark and the light together. Whether you knew him or not, let’s share a smile and a tear for David.