Below are the links I was given:

Here is the link to buy/stream the album:

Also, F.Y.E. stores have a special orange color vinyl version of the album. This is limited to 500 copies and only in the U.S. Attached a flyer promoting that and here is a link fans can use to order one online: 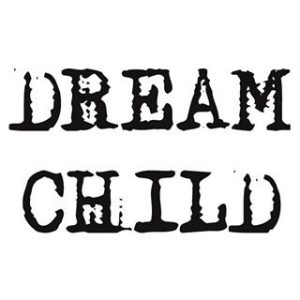 CRAIG congratulations i did 1 pages for our friendships

I am extremely proud and humbled to be doing this album with these amazing musicians!! So fortunate to have Rudy as a guest performer!! He really sounds outstanding and aggressive on this album!! Simon plays his *ss off, Wayne and I had a band together a while back and he and I remained close…..he’s an outstanding writer and player!! Diego……what can I say…..he is simply chilling!! I was so fortunate to have worked with the people that I have over the years…..this album, for me, is a collection of all that I have learned over the years…..and all that I love about the music that made me want to play guitar in the first place!! There are going to be songs that recapture the good ole days of Rainbow, Deep Purple with even a bit of early Van Halen, Whitesnake and Genesis! Knowing quite well that a “new mixture of already existing entities does not constitute uniqueness”…..however, this album will be different enough with a lot of twists and turns to be considered unique…..and familiar enough to get a warm welcome on the first listen!! There will be some very raw moments…..kinda like the Deep Purple album “In Rock”!! That album sounded so raw and creepy at times!! there will be polished moments like the Deep Purple “Burn” & Perfect Strangers” album……I remember an interview that Ritchie Blackmore put out right after the first Rainbow album…..saying that he was going to use more distortion on the guitar….and he meant it…..that “Rainbow Rising” album was and still is one of my all time favorites!! The early Van Halen albums had such “gut level” music……Whitesnake and that sexy nasty kinda thing…..Genesis with some very unusual approaches to song writing…..I couldn’t help but be influenced by these bands….and it’s gonna show on this album…..just our way!! This all started with a simple phone call with Serafino the President of Frontiers…….and now it’s being mastered and the final artwork is getting finished!! I sincerely hope that everyone understands where this is coming from!! And what it’s supposed to represent and all it’s supposed to pay honor and tribute to…..as well as hopefully start something new all at the same time!! But you all couldn’t be more right about Diego…..Rudy…..Simon and Wayne!! I have my moments on this album too…..but these guys really brought their “A” game……and it shows!! Alessandro Del Vecchio…..he really did an outstanding job with getting the aggressive sound we were looking for! He is such an amazing song writer, producer, mixer, singer, keyboardist….and he did an outstanding job mastering this album! He and I co-produced this….and we co-wrote a couple of songs….and spent a lot of time mixing…….He brought his “A” game to this too!! We have some special people that lent a hand in some of the writing….like Jeff Pilson, Chas West and Doogie White!! As well as some local talent brought on board that I will later on bring to light!! I can’t wait for this to come out!! Thanks everyone!!