This weekend I joined over 6,000 people linking hands to form a human chain against coal extraction in Germany —  below are a few photos and an invitation to find out more about the next mass coal action: Ende Gelände.

On Saturday, we came from all over Germany, Belgium, Poland, The Netherlands and beyond to highlight the injustice of the Rhineland’s lignite mines. We were taking a stand against an industry that’s not only uprooting communities and causing high levels of air pollution, but also doing more to accelerate climate change than any other source of CO2 in Europe. 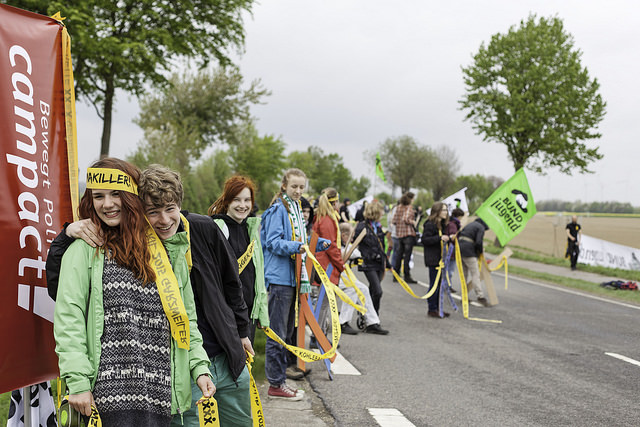 It was both a sobering and empowering experience. I visited ghost villages evacuated to make way for mine expansion and stood among farmers’ crops that won’t exist for much longer.

But there was also a powerful,  inspiring atmosphere of resistance from everyone present as we literally drew a line in the sand against the world’s largest coal diggers and said: “No more”.

Like you and me, these thousands of people understand that to secure a stable climate and just transition to a 100% renewable future, we have to stop digging and start leaving fossil fuels like lignite coal in the ground. 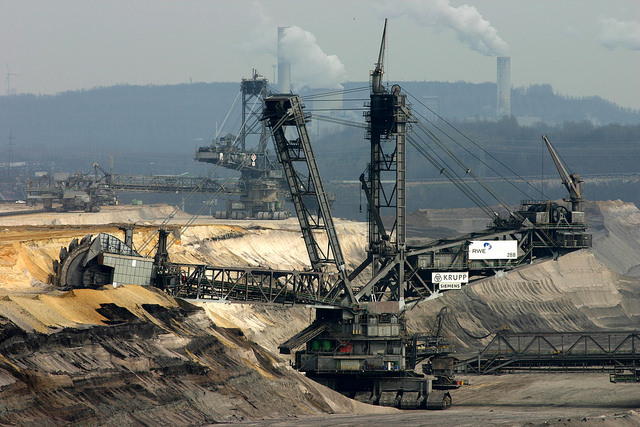 That’s why a coalition of grassroots groups are launching a call to action for a daring act of mass civil disobedience that will go even further than the human chain. It will take place back in the Rhineland from 14 – 16 August.

On that weekend, groups from all over Europe will stand together to stop the world’s largest coal diggers in their tracks.

Ende Gelände will make a powerful call to keep Europe’s coal in the ground, in the face of increasingly dangerous climate change. 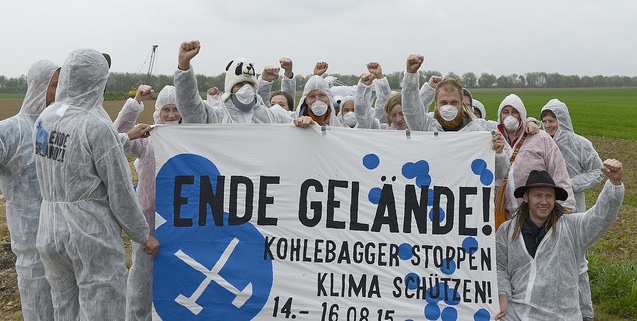 Just like the thousands of us who linked hands with strangers to take a stand against coal over the weekend – Ende Gelände is your opportunity to stand up against one of Europe’s most destructive projects.

I’ll be in touch with those of you who sign up for more info with further details soon. 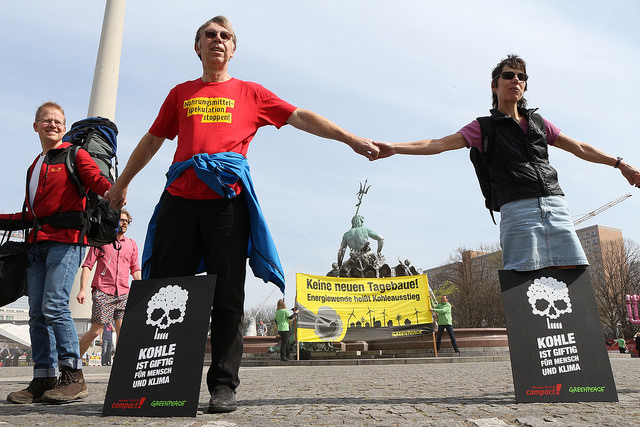 350.org is building a global climate movement. You can connect with us on Facebook, follow us on Twitter, and become a sustaining donor to keep this movement strong and growing.