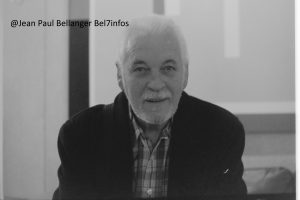 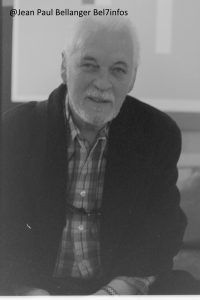 Gary Brooker MBE (29 May 1945 – 19 February 2022) was an English singer-songwriter, pianist and the founder and lead singer of the rock band Procol Harum.

Brooker was appointed a Member of the Order of the British Empire in the Queen’s Birthday Honours on 14 June 2003, in recognition of his charitable services.[1]

Born in Hackney Hospital, East London, on 29 May 1945,[2][3] Brooker grew up in Hackney before the family moved out to Middlesex (Bush Hill Park and then to nearby Edmonton).[4] His father Harry Brooker was a professional musician, playing pedal steel guitar with Felix Mendelssohn’s Hawaiian Serenaders, and as a child Brooker learned to play piano, cornet and trombone.[5] In 1954 the family moved to the seaside resort of Southend-on-Sea, Essex, where Brooker attended Westcliff High School for Boys.[6] His father died of a heart attack when Gary was 11 years old, forcing his mother to work in order to make ends meet, while Brooker himself took on a paper-round.[7] When he left school, he went on to Southend Municipal College to study zoology and botany but dropped out to become a professional musician.[8]

Brooker founded The Paramounts in 1962 with his guitarist friend Robin Trower.[9] The band gained respect within the burgeoning 1960s British R&B scene, which yielded The Beatles, The Animals, The Spencer Davis Group, The Rolling Stones, and many others. The Rolling Stones, in particular, were Paramounts’ fans, giving them guest billing on several memorable shows in the early 1960s.

In 1966, Brooker founded Procol Harum with his friend Keith Reid.[10] “A Whiter Shade of Pale” is the worldwide hit for which Procol Harum is best known, but Brooker’s melancholic vocals and emotive, eclectic piano playing were a key part of Procol’s musical mix for the entire course of the band’s career. In the early years Brooker, Hammond organist Matthew Fisher and Trower were the guiding musical forces behind the band, but after disparities in style became too much and Fisher and Trower left, Brooker was the clear leader until the band broke up in 1977. Brooker started a solo career and released the album No More Fear of Flying in 1979.[11]

The same year, Brooker joined friend and neighbour Eric Clapton‘s band. With Brooker in the lineup, they released the studio album Another Ticket.[12] Clapton fired the entire band in 1981, but he and Brooker remained good friends afterwards, and were for many years neighbours in the Surrey Hills. Brooker joined Clapton for several one-off benefit gigs over the years. Brooker sang lead vocal on the Alan Parsons Project song “Limelight”, on their 1985 album, Stereotomy. Brooker sang the lead vocal of the song “No News from the Western Frontier”, a single taken from the album Hi-Tec Heroes by the Dutch performer Ad Visser.[13]

A new incarnation of Procol Harum, led by Brooker, continued touring the world, celebrating its 40th anniversary in July 2007 with two days of musical revels at St John’s Smith Square in London. Brooker also toured with Ringo Starr‘s All-Starr Band in 1997 and 1999,[14][15] and he was also a member of Bill Wyman’s Rhythm Kings for several years, appearing on three of their albums and touring with the band.[16] On 28 September 1996, as the Gary Brooker Ensemble, he organized a charity concert to raise funds for his local church, St Mary and All Saints, in Surrey. The resulting live CD of the concert, Within Our House, originally released on a fan club CD in a limited run of 1000 units, later became a collectable recording. His guests and supporting artists included Dave Bronze, Michael Bywater, Mark Brzezicki and Robbie McIntosh.[17]

Also in 1996, Brooker appeared in the Alan Parker film adaptation of Andrew Lloyd Webber‘s Evita starring Madonna, Jonathan Pryce and Antonio Banderas. Playing the part of Juan Atilio Bramuglia, he sang the song “Rainbow Tour” with Peter Polycarpou and Antonio Banderas. Brooker said that his greatest single earning in his career was from his appearance in the film.[7]

On 29 November 2002, he was among musicians and singers participating in the George Harrison tribute concert, Concert for George, at which he sang lead vocals on their version of “Old Brown Shoe“.[18] Brooker contributed to Harrison’s albums All Things Must Pass, Gone Troppo and Somewhere in England.[19]

In April 2005, as the Gary Brooker Ensemble, he played a sell-out charity concert at Guildford Cathedral in aid of the tsunami appeal, playing a mixture of Procol Harum and solo songs and arrangements of classical and spiritual songs. His guests and supporting artists included Andy Fairweather Low and Paul Jones (ex-Manfred Mann).[20]

On 28 October 2009, Brooker was presented with a BASCA in recognition of his unique contribution to music.[21]

In May 2012, Procol Harum were forced to cancel the remainder of their dates in South Africa after Brooker fractured his skull following a fall in his hotel room. The fall came on Brooker’s 67th birthday. The band was part of the British Invasion Tour of South Africa along with the Moody Blues and 10cc.[22] However, they continued touring until 2019, playing their final gig in Switzerland in 2019.[23]

Brooker was a supporter of the Countryside Alliance and played concerts to raise funds for the organisation.[27]