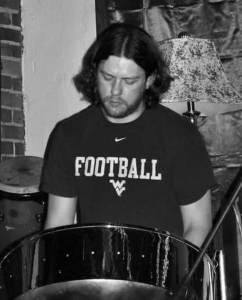 It’s taken me a few days to process the fact that Glenn Rowsey has left us, though it was no surprise. I got to spend some time with him in October 2021, fortunately. He was like a little brother to me and anita both, and we’re grieving for the loss of this wonderful person. It’s been gratifying to see all the tributes these past days, knowing that Glenn touched so many people’s lives with his generosity, talent, and wacky ideas. Glenn was our patron saint in Laborie. When I came to Laborie we had a small set of mostly poor quality pans. We made a plan to build pans in Trinidad and have them tuned in Laborie, which fell apart. To save the project, Glenn put in hundreds of hours of work building and tuning in the Laborie pan yard, and took it as an opportunity to teach the kids about what he was doing. He is the reason we were able to expand our steel band program, leading to Laborie Steel Pan taking 1st or 2nd prize several times in Saint Lucia Panorama, playing festivals in Martinique and Guadeloupe, Jazz in the South in Laborie, and recording a live album in Rodney Bay, Saint Lucia.
Glenn would come twice a year to Laborie – for the international steel band workshop in January, and for Panorama in July. As everywhere else he went, he became part of the community and was loved and appreciated by people all over the village, and especially by everyone connected with the steel band programs.
Glenn grew up in rural West Virginia – his dad was a bookie – and went to college at the Univ. of West Virginia in Morgantown. One day he saw a flyer on the wall in the music building that said he could make $25/hour sinking steel pans, whatever that was. He just figured he could make some money between classes. He went down to the basement to see about it and met Ellie Mannette, and a new course was set in his life. He spent decades working alongside Ellie, studying every single part of Ellie’s art. Many of Ellie’s students specialized in either building or tuning, but Glenn mastered both – he could build and tune every voice of the orchestra at an elite world class level. His dream of training a new generation of builder/tuners didn’t come to fruition, but he made some great videos, did a wonderful book for kids, and he shared his knowledge everywhere he went.
Glenn played a lot of instruments. Vibes, guitar…. He was a good quad pan player, one of the most difficult voices to play. He came to play Panorama with birdsong and was nailing it. I would wake up in the morning to get some coffee and he’d already be sitting in the window practicing his cuatro – the four stringed instrument from Venezuela that they play in Trinidad. I stored some Invader tenors at his shop and there was one that Ellie had made in the 70’s that he loved to play. He kept them in tune for me – his contribution to the sample library of Ellie’s pans that came out this year.
He was also an expert on mushrooms and had a knack for finding them where the horses grazed in Laborie. He made some really good tea with those. He also traveled with a grinder and his own coffee beans.
One time we were doing a masterclass at Ellie’s Festival of Steel in Morgantown and my brother Jeff and I were going to play some old time pan. We had an old tenor but the single second we wanted was back at the shop and Glenn ran back there to get it at the last minute. In his hurry he picked up the left side of an old double second, which is a whole tone scale – useless for playing calypso music. We started calling him ‘left side rowsey’ or just ‘left side’ for short. I kept calling him that every so often, just to keep it fresh in our minds. I also sometimes called him ‘the prophet of pan,’ especially when he was going off on one of his amazing tangents.
RIP Glenn. Thank you for everything. I’m gonna miss you bad….
Andy Narell
August 29, 2022