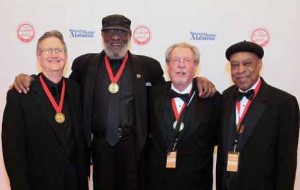 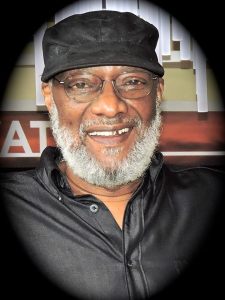 A bio on Calloway from AllMusic written by Steve Huey: Achieving his greatest success as a member of the Muscle Shoals Horns, trumpet player Harrison Calloway also doubles on keyboards. His songwriting and arranging skills were in evidence even during his college years, when he wrote a new fight song for the University of Tennessee. In addition to recording with the Horns, Calloway wrote and arranged for 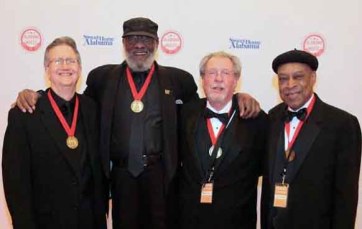 various soul and blues artists and labels around the South during the ’90s and into the new millennium.

The following message was on the Facebook page of Muscle Shoals Horns:

“With heavy hearts we have to report that our friend, co-founder, trumpet player and arranger Harrison Calloway Jr. passed away this morning in Jackson MS after suffering a stroke a few days ago.

Our thoughts and prayers are with Harrison’s family, his many friends, his adopted Malaco family and especially Wolf Stephenson.” – Harvey, Ronnie & Charles