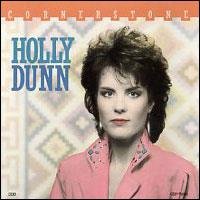 Singer Holly Dunn, best known for a string of hits in the 1980s, has passed away after a battle with cancer.

Dunn had been battling a rare, aggressive form of ovarian cancer. WSMV in Nashville reported the news Tuesday morning,  saying the former country hitmaker passed away in the early morning hours. She was 59 years old.

Born Holly Suzette Dunn on Aug. 22, 1957, the singer got her start performing in bands in high school and college before moving to Nashville, where she worked as a demo singer and songwriter before signing with MTM Records.

She released her self-titled debut album in 1986, and went on to land hits including “Daddy’s Hands,” “Love Someone Like Me,” “Strangers Again” and “Are You Ever Gonna Love Me,” which reached No. 1 in 1989. Dunn scored another No. 1 single with “You Really Had Me Going,” but her career cooled off at country radio in the ’90s, and she retired from music in 2003 to pursue her other passion, art, leaving Nashville and moving to Santa Fe, N.M.

Dunn shared her ovarian cancer diagnosis in an interview in June, saying she’d undergone surgery and chemotherapy, but her prognosis was “very bleak.” She added that she did not believe in statistics, and was leaning on her faith to carry her through.

“My faith is my rock. But I also draw tremendous strength from my family and my family of friends who have gathered around me in total support,” she shared. “Being a Christian, I know that no matter how this chapter ends, I will be OK. Either upright walking on this earth or safe in my Savior’s arms.”